Long neglected, like the rest of Van Nuys, it has undergone some positive change, small but not insignificant: apartment construction, remodeled houses, some cleaned up properties.

At 14801 Califa, (near Kester and Oxnard) a property investor has taken a large industrial park and transformed it into a modern  post-industrial building. It has been landscaped with trees and plants, painted gray, adorned with metal doors and windows in a style best described as Culver City North. Envisioned as a rental property for media companies, it is within walking distance of the Orange Line.

Walls are untouched by taggers, possibly due to discreet security cameras ringing the property.

Remnants of old Van Nuys before and during WWII are also in evidence around the area. Steel buildings, used as citrus packing houses, and Quonset Huts with their arched rooflines, still exist near Oxnard and Kester. 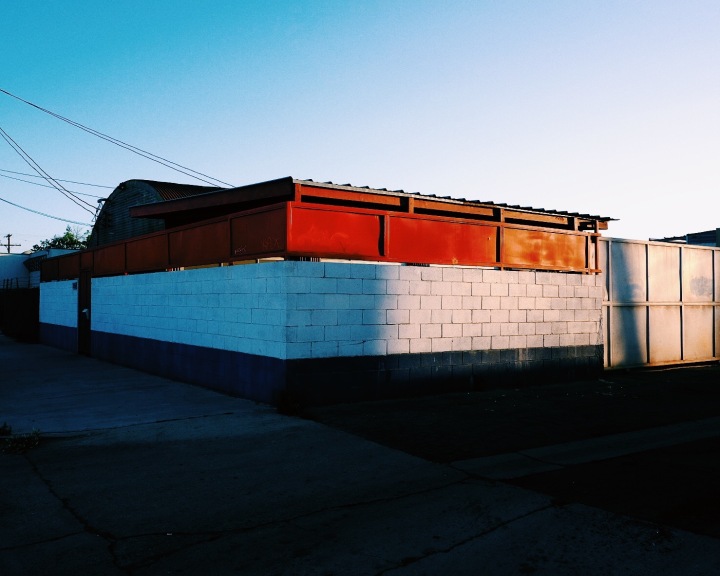 Walk on Kester north of Oxnard and you are in a man’s world of marijuana, liquor, used tires, transmissions, clutches, sand, gravel, cement, cheap beer, lottery tickets, tow trucks and dogs on chains. This is un-distilled and un-filtered Van Nuys, where hard-working immigrants take flat tires off cars and put bald ones back on.

At sunset, the meanness is softened by orange and pink hues. Piles of tires turn into melted chocolates next to green boxes. Long hot days are ended and extinguished in icy lager Coronas.

At Kester and Delano there long stood an old wooden house, a broken down slum place with discarded tires and trash. It has since been cleaned up and stuccoed up, as hygienic and impersonal as any Burbank tract house. But it is clean, which is notable, in a place where slumlords from Encino and Bel Air could care less.

Mr. Pancho’s Market, long a fixture in the area, in now called “Los 3 Potrillos” (The Three Colts) and has been painted bright orange and I don’t know if they sell horse meat. 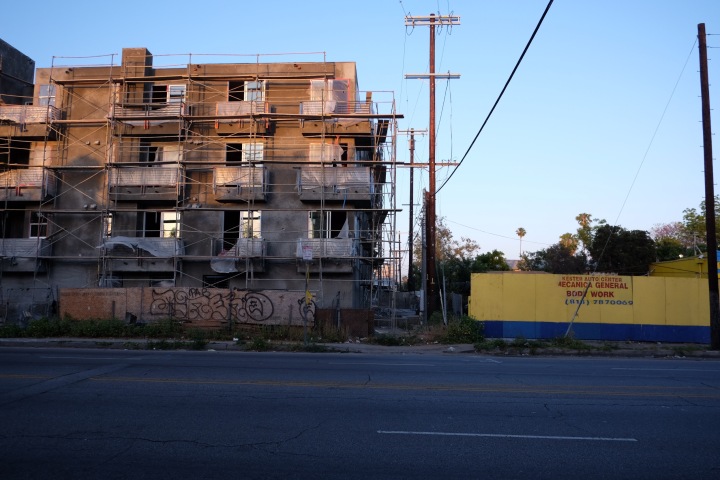 A four-story apartment building has been under construction for some time near at Erwin and Kester. It stands in uncompleted modernity behind scaffolding and plywood.

On the west side of Kester, one walks past the last seven decades of architecture and development.

6315 Kester is a two-story courtyard apartment building built in 1961. A bizarre (or unique) frieze of Roman soldiers on horses decorates the exterior. Starved for ornamentation, post-war architects in the late 1950s and early 60s borrowed from epic movies like “Ben Hur” (1959) or “Cleopatra” (1963) to cinematically embellish properties. 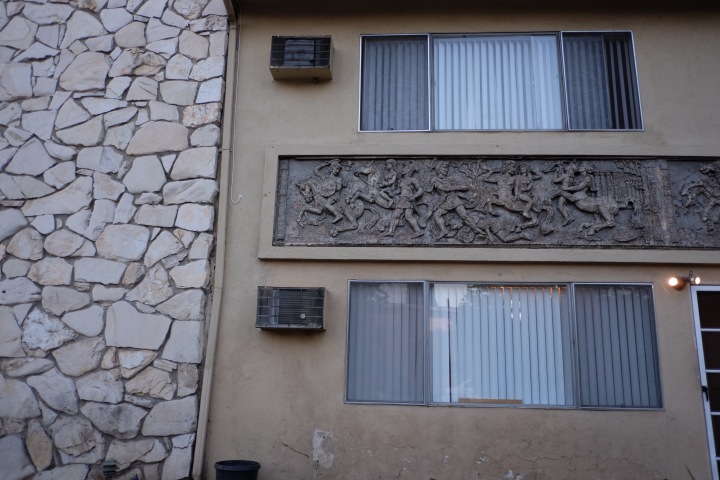 6321-6323 is a 1949 multi-family dwelling decorated with developer William Mellenthin’s (1896-1979) characteristic “birdhouse” designs over the garage. Mellenthin brought a rustic, Northern California feeling to this structure with board and batten siding, red brick, double hung windows and exposed beamed roof.

Sadly, this subtle, historically Californian style has little appreciation to The Vulgarians who now build in the San Fernando Valley. But in1949, it must have been a fine place to live, at a time when one could leave a window open at night, for ventilation without fear, and fall asleep to Tommy Dorsey on the radio.

And the 2015 tour wraps up at 14851 Victory, the slum mini-mall whose most notable feature is the trash on the side of the building that the tenants and the owner never clean up. 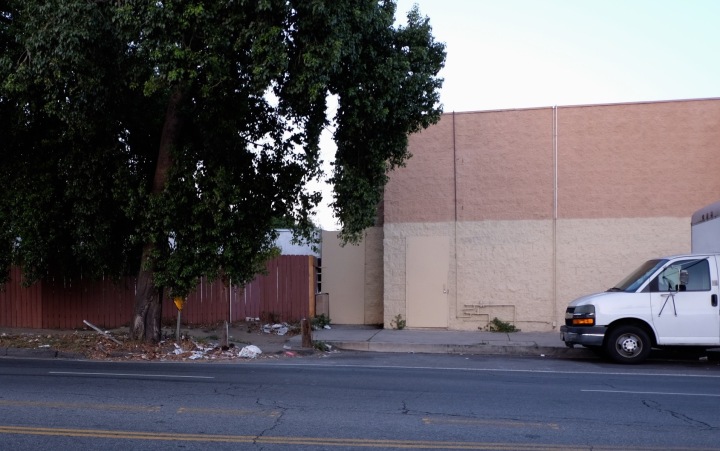 Kester has a lot of variety and stories, but suffers under the weight of neglect, which is a pity because it is a very human and historic place.