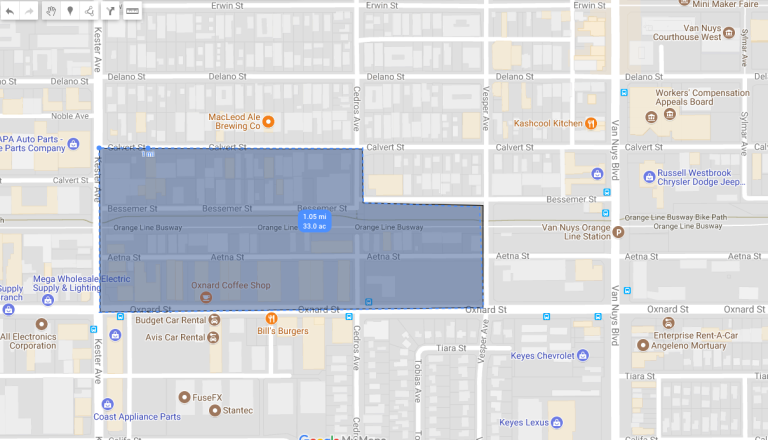 From Oxnard north to Calvert, from Kester to Cedros, in Van Nuys, Metro Los Angeles is proposing a 33-acre light rail repair yard.

“Option A” will require the eviction, demolition and clearing of some hundred or more businesses that hug the Orange Line industrial area.

To the casual passerby, this area looks like a shabby district of old warehouses, with a sand gravel yard, a liquor store where homeless buy cans of beer, and used tires are fixed onto old cars at cheap prices. Wooden utility wires, car repair shops, and narrow Kester Street, along with a teaming population of Hispanics, affix in the elite, ruling-class imagination some place below dignity.

The real, happier, optimistic story is hidden away……

And they are all facing a death sentence whose judge, jury and law is Metro Los Angeles.

The real estate here is cheaper, so Metro, in its billion-dollar “Measure M” wisdom, has fastened onto it, insisting that the destruction of many lives, companies and buildings will “improve” Van Nuys by permitting a site where trains from the yet-to-be-built light rail can be repaired.

What will result from the gutting out of yet another piece of Van Nuys? Just look at Van Nuys Boulevard and surrounding streets where every generation since the 1950s has insisted the mass clearance of homes, buildings and small structures is for the “improvement” of Van Nuys.

When the Civic Center of Van Nuys was built in the early 1960s, hundreds of homes were knocked down. Today the area is a Martian Moonscape of emptiness propped up by court buildings and occasional law enforcement.

When Victory Boulevard and Van Nuys Boulevard were widened in the early 1950s, commerce was lost, walkability and desirability were thrown away. The result is an ugly speedway of pawn shops and urine scented sidewalks. 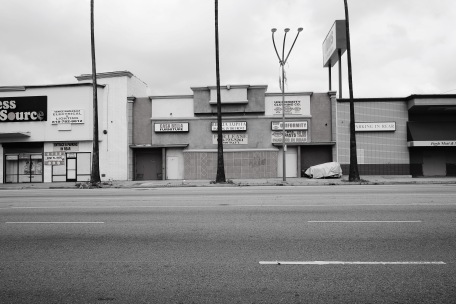 And if some hundred businesses are cleared away just blocks from Van Nuys Boulevard to make way for a fenced in, electrified, floodlit prison yard for light rail, what positive affect will this have on the promise of revival for Van Nuys?

You can be sure that the politicians and agencies will promise the world to Van Nuys. Just as a decade ago Mayor Villaraigosa gave us “A Million Trees” and only a few years ago current Mayor Garcetti lauded “Great Streets” to further the improvement of our urban boulevards. A walk along vacant shops on treeless Victory Boulevard from Kester to Van Nuys Boulevard is evidence of these old promises.

Option A is yet another death knell for Van Nuys, another scheme from the outside of Van Nuys, dreamed up by bureaucrats flush with cash, who think they know best how to build in Los Angeles.

8 thoughts on “Option A: Destruction Dressed Up as a Dream Scheme.”

Leave a Reply to Here in Van Nuys Cancel reply