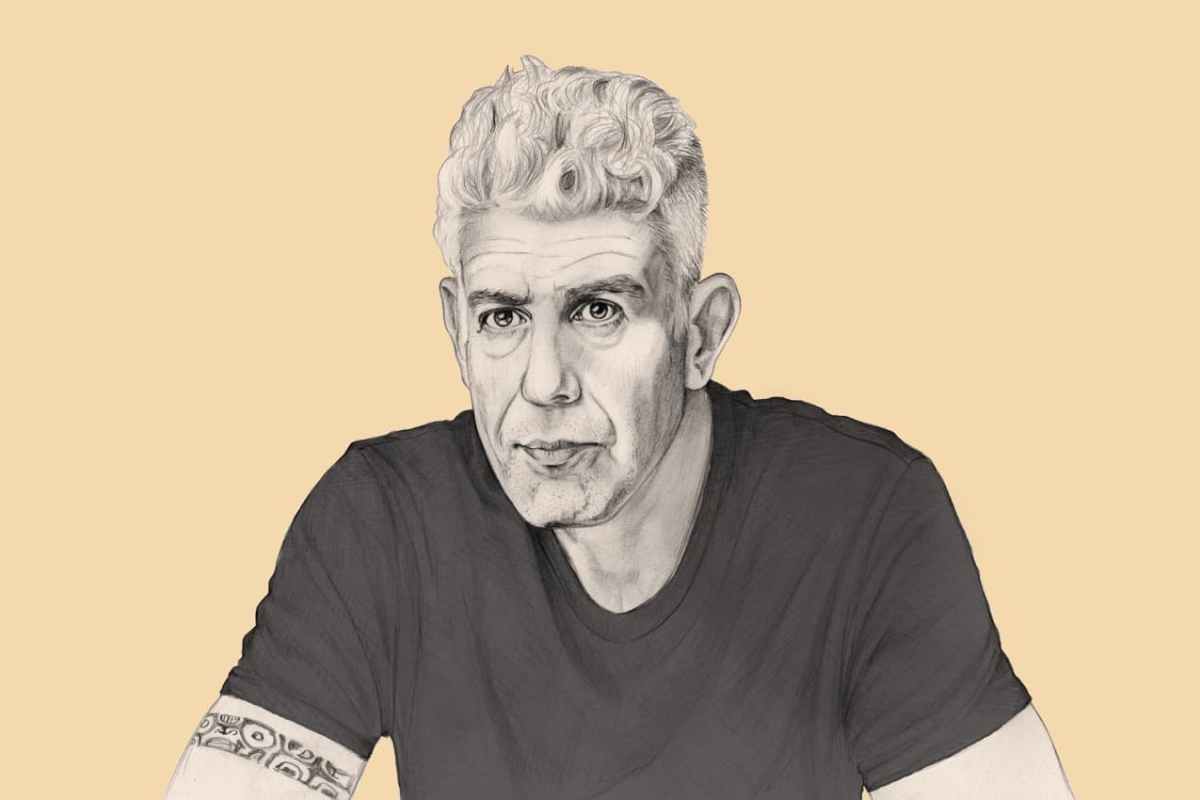 It has been a tearfully confounding few days for those who imagined a life of elation for that man privileged to travel and eat anywhere in the world, to dine in places high and low, to taste cuisines in remote outposts, and consume foods prepared by experts in professional kitchens, or cooked on stoves by mothers in Ghana, Sicily, Ukraine, Bali, Uruguay and Northern New Mexico.

Why did he, of all lucky mortals, choose to strangle himself in a hotel bathroom at the five-star Le Chambard in Kayserberg, France?

Once a fuck up, a drugged, sad, angry rebel from New Jersey working in restaurant kitchens, he somehow strapped himself down at a typewriter in his early 40s, cigarette in mouth, coffee at hand, and composed a brilliantly inventive memoir exposing the death, filth, corruption, blood and cruelty turning out fine cuisine. “Kitchen Confidential” became a best seller and a 44-year-old loser was suddenly the toast of New York and the hero of truth tellers around the world.

In our early 21stCentury Bourdain was the healer, the traveller, the sage, the explorer, the courageous adventurer who called bullshit on all liars as he saw them, those phonies who dance on the Food Network sets and perform like The Rockettes as they whip up Key Lime Pie for a studio audience clapping on cue.

Later, he acted as our elder statesman, visiting those places around the world despised and feared by people who knew nothing of them: Lebanon, Palestine, Iran and Russia. His every meal was more than an exploration of cuisine; he conducted discursive, penetrating, eviscerating discussions of why and how nations and individuals do what they do in food, war, love and politics.

He stood up for women degraded by sexual assault and gender inequality. And called out others who would deny injured females palliative justice.

Sometimes his articulation and verboseness became exhausting, his face, sunken and tired; his body long limbed, tattooed, tanned and tired. And he was always drinking something.

Yet somehow he was allowed, by the networks that employed him, to get buzzed on camera, for in those late hours when alcohol magically connects words to ideas and liberates men from self-imposed constraints, Bourdain flourished, every sense of his intellect and wit was lit by fire, and the camera captured it.

His life as we projected it off our own, was a mirror of baby boomer fantasy, travelling from drugs and rock and roll, divorce and shitty jobs into the universe of eternal fame, free travel, the ability to express himself on paper, on camera, to go anywhere in the world. And eat dinner with Barack Obama in Vietnam, the last destination wrapping up that pinnacle of American shame, repackaged as a television event of healing and camaraderie with the black American President in our former enemy’s capital of Hanoi.

Seemingly every insurmountable obstacle of hate: race, religion, gender, or war was solvable over a bowl of pho or a plate of tacos.

He took up Ju Jitsu, and at 60 was lean and defined. Book publishers and publicists, agents and advertisers saw him as the perfect imperfect. He was the star of CNN but somehow his own man.

And then at 61, like Hemingway, Bourdain did as Hemingway did and killed himself.

In those last five minutes of his life, alone, near the toilet, Bourdain murdered Bourdain, a dastardly tragic, unjust, undeserved death; and a malevolent attack on the entire human race who was joined to him in an unofficial, but widely accepted compact of love and mutual understanding.

His suicide robbed us of that satisfaction that there is greater meaning to life, to grow to understand by venturing out into the unknown.

Now we are back to nihilism, that nothingness of despair, that poison of philosophy whose only known antidote is survival, carrying on, living under any condition to stay alive, confronting the urge to end it all by persisting to the very end.