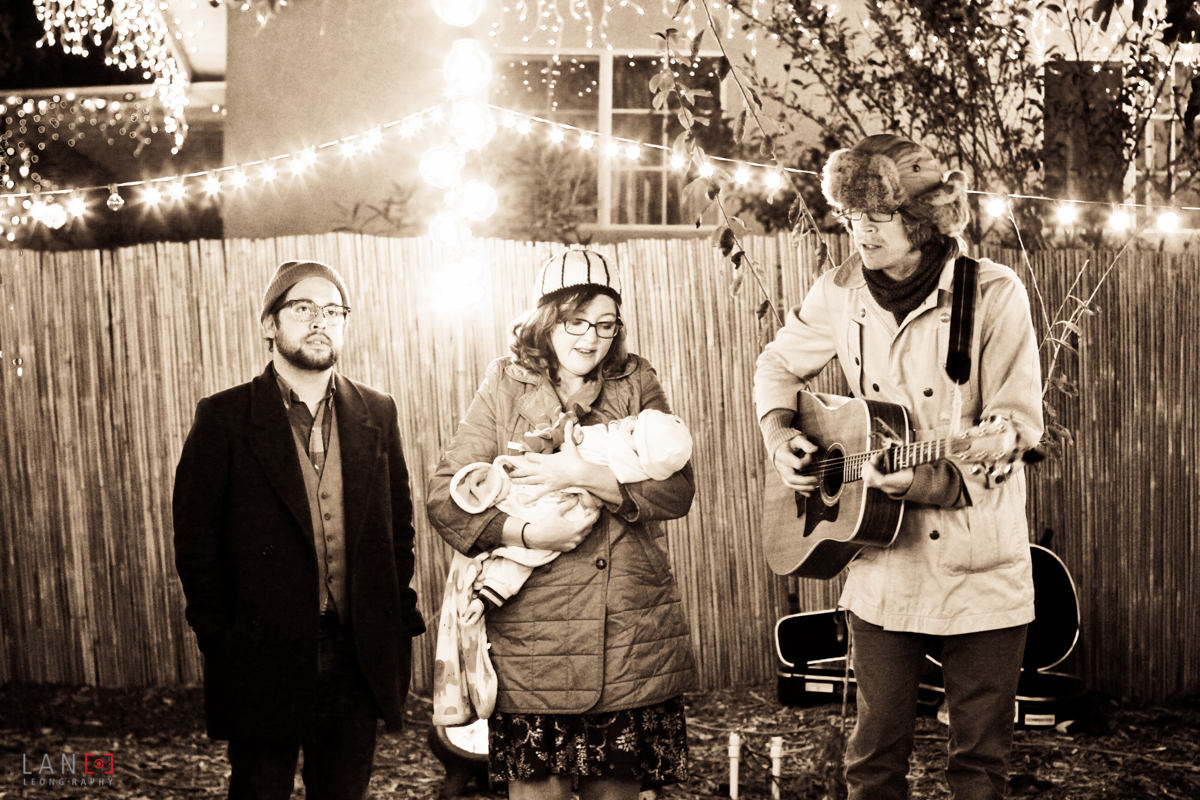 Yesterday afternoon, we were gathered at MacLeod Ale to celebrate Quirino’s birthday. We sat along a wooden table in the back, near the bags of hops. People were playing darts. The front door was closed, the air conditioning was on, we ate BBQ tri-tip beef (marinated in MacLeod). And we were discussing Van Nuys over warm and cold beer.

A young guy named Daniel sat across from me. He had worked under Former Councilman (Congressman!) Tony Cardenas and is now in the city planning department. Andreas asked him if he thought Van Nuys might be the new Highland Park.

“Not now, maybe not ever,” Daniel said.

Daniel was versed, in the somnambulistic and arcane zoning laws of Los Angeles, the kind that mandate how much parking is needed and what height a building can be, if additional units of housing can go up if some rents come down. And how many feet away from a school is permissible for a liquor store? And who can put up a 1200 sf granny flat in their backyard (the answer is you).

His generalized, and probably correct assertion is that Highland Park has an active and engaged group of residents and Van Nuys does not. The same is true of more affluent and contentious areas like Studio City or Woodland Hills. In those places, where planters and trees now line the boulevards, bike lanes are carved out, and revitalized shops, apartments, housing are going in. Much of the credit goes to the people who live there.

Van Nuys complains. But it never unites to fight for its betterment. Much easier to bicker on the Next Door app.

Also at our table was white-haired, impassioned, articulate Howard who is on the VNNC. He is smart, accomplished, a lifelong resident of Los Angeles who grew up near Venice and Fairfax and watched the demolition of housing during the construction of the Santa Monica Freeway in the early 1960s. At that time, thousands of old houses, many architecturally notable, were bulldozed.

Howard recalled the dirt berm that extended for fifteen miles after the houses came down. “At night you could hear the rats, there were millions of them, and they ran and scurried and made noise.”

The Santa Monica Freeway was part of the big plan for Los Angeles. As was the Van Nuys Civic Center, Dodger Stadium, Bunker Hill, and the Federal Building in Westwood. In all these cases the results were less than stellar. Walkable, vibrant, historic, human scaled places were obliterated. And what remains today are acres of baked asphalt and mute modernism.

Howard said that the planned redevelopment of Van Nuys Boulevard, to make it a transit hub, to put a light rail down the center, to install bike lanes, to increase the allowable height of apartments, all of these progressive ideas, pushed by everyone from New Urbanists to developers and transit advocates, would be a “disaster for Van Nuys.” Many small businesses would close and the area would turn into something worse than even the hellish condition it currently is in.

So simultaneously, he decried the automobile oriented era of the Santa Monica Freeway and mimicked the impending one of density and pedestrian oriented development.

“The test of a first-rate intelligence is the ability to hold two opposed ideas in mind at the same time and still retain the ability to function.”- F. Scott Fitzgerald

And yet his views do make sense if you consider that every time big ideas come to Los Angeles, they are somehow, like a good-looking wannabe actor/model from the hinterlands, deflated and defeated by this city. 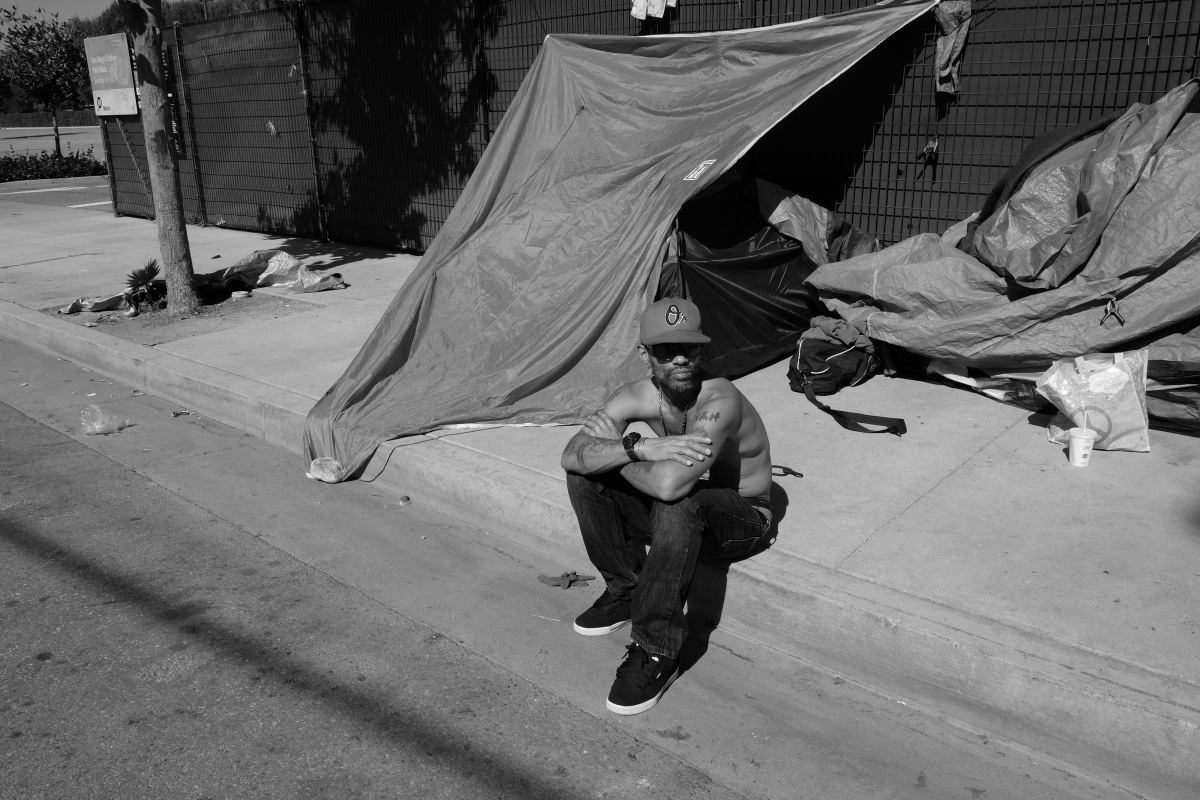 The daily assassination of youthful idealism is the oldest tradition in our city.

In the built environment there is also something here that abhors a unifying concept of planning and harmony. If a building can be built to stick out and look freaky and out-of-place it is deserving of praise.

In architecture, as in politics and entertainment, the bigger the carnival and the louder the wreck, the more applause, the more profits. That’s what we are aiming to create.

When we do get together under some banner like Mayor Villaraigosa’s “Million Trees” or Mayor Garcetti’s “Great Streets” the gods start to laugh at us. We are best at half-hearted, half-completed projects.

And perhaps that negative is a good thing. One must give Los Angeles credit, not only for attempting to build massive public works, but for making sure that once the great works go up, small indignities, like homeless encampments along the Orange Line Bike Path, will sober up dreamers and urban fantasists.

All the Great Plans are like those coffee-house conferences with laptops, planning to produce and cast and finance something, someday….

On the drawing board now is a new park in Pershing Square.

Two years ago, I went with a group of photographers to shoot the city on a Sunday afternoon and was told I could not put my camera on a tripod. This was in the same park where mattresses were laid out and people sprawled down stairs drunk and asleep.

A public park where public photography is regulated by private security.

And then there is MacLeod Ale, a private venture, started by two people over 50, using family money and retirement funds to make great beer.

That one small incubator of beer seems to produce more ideas for the betterment of Van Nuys than any political slogan coming out of City Hall.

Throw out all the great plans for Van Nuys.

Start small, dream big, pursue your own venture. Maybe that is the key to change.