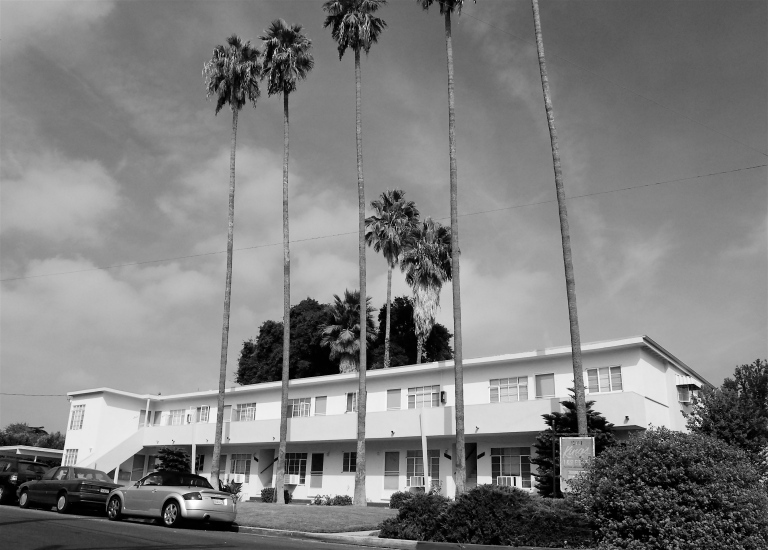 I passed this building near Laurel Canyon and Oxnard today and stopped to take a photo.

It represents, to me, a lost art of simplicity that once characterized buildings in mid-century Los Angeles. You see the plain, direct and strong shapes that are open to sunlight, the outdoors and a sense of neighborliness. The horizontal shape of the apartments are set against the tall vertical palms.

We’ve been through quite a few years (now ended) of garish construction in Los Angeles. The San Fernando Valley is the epicenter of the ugly, ornate condominium covered with cheap ornament.

In places like Studio City, whole blocks have been demolished to make way for the monsters. Buildings like the one in this photo are survivors whose contribution to the well being of our city is hard to quantify.

But the sub-prime scams, the condomania and the rush to construct big and ugly behemoths is now mercifully over.