Last night I attended a discussion about our city at the A + D Museum on Wilshire.

Inside the ground floor of a skyscraper across from LACMA they were serving up white wine, brown beer, little bites of cheese, crackers and lots of talk about where built Los Angeles is headed.

A very new and stylish architecture and urban issues magazine called Next American City had invited a panel which included NAC’s editor in chief Diana Lind, Christopher Hawthorne, architecture critic for the Los Angeles Times and Sam Lubell, editor of The Architect’s Newspaper.

It’s always interesting to come to these events, where we “thinkers” and unemployed artists, writers, architects, urbanists and others bemoan how bad buildings are, and hope that the great black hope will usher in a new era of high speed rail, affordable housing, clean air, farmers markets and dense pockets of multi-family housing surrounding shaded parks where fit children can play under the watchful eyes of nutritionists.

But this is a glum, perhaps even catastrophic moment in our city.  We have to again readapt to the fact that funds will be cut for everything both necessary and needed (police, hospitals, clinics, symphonies, parks, transportation). Every ballot initiative that promises to put into legislative law an inarguable funding forever….. will perhaps be defeated.  We cannot count on anti-gang funding or public transportation money.

Chris Hawthorne of the LA Times spoke about his newspaper’s recent firings of so many smart and productive writers. He recounted his post-collegiate days of wanting to write about architecture, and how in the early 90s, they weren’t building as much, and editors didn’t care, and then all of a sudden there was a great late 90’s boom in design, and he had work.

But now we live in a time when Google threatens to destroy the freedom of press in the US by systematically depriving every single printed magazine and newspaper of advertising.  It is possible that Los Angeles, a city so often derided as “lacking a center”, may become a metropolis of 10 million without a viable newspaper of record. Even the NY Times may go the way of the World Trade Center.

The fact is that Los Angeles will go on and develop in its own unique way. The big money, the kind of Eli Broad money which wants to create “greatness” by developing an institutional downtown, may not see the light of day. We have Disney Hall, but it is surrounded by fetid air, homeless shopping carts, empty sun baked sidewalks and that sound of air slipping out of the speculator’s cash balloon.

The things that make Los Angeles great were here before man arrived: the sunshine, the mountains, the oceans, the Oak trees. We created the freeway, the mini-mall, the bungalow, the drive-in, the studio back lot, and Scientology.  And patted ourselves on the back for our great contributions to the betterment of mankind.

But we also filled the valley with brown and poisoned air, pockmarked the great boulevards with billboards and wooden power lines, tore down historic buildings and homes and replaced good solid garden apartments with dreadfully ornate junk.

What many “love” about LA is purely a natural accident of geography and topography.

One attendee last night was a woman who lives “near the Beverly Center” and stood up to tell the panel and the people in the audience that grotesquely ugly and badly designed buildings were disfiguring the lovely and old character of her area.

And once again, the same old story was told of how we cannot stop development, how this is the way it’s always been done in Los Angeles, and in the unspoken subtext that everybody thinks but cannot say, that the Armenian, Persian, Israeli, Russian go-getters who see opportunity and know how to maneuver in this city, will continue to tear down old and well proportioned things and erect gross edifices that will never find their way into the pages of Dwell Magazine.

We talk lovingly of Neutra, Schindler and the Case Study ranch homes of the post-war era, but the truth is we live mostly in a sea of vast ugliness that covers the land from Palm Springs to the Pacific. We take our little postage stamp house or about- to-be- foreclosed property and sometimes think about the larger city.

But nowadays, we are most focused on our own economic survival and are too busy to notice that a non-profit group is growing vegetables on land near downtown tended by former gang members.

So what? I need money to pay my god damned mortgage and my health insurance costs $400 a month!

The big money goes to Wall Street, and cities like Los Angeles must content themselves with visionary talk and discussions about “the future of the city”.

Imagine if just one billion of the seven hundred billion dollars had been sent to Metro to construct a subway to the sea? 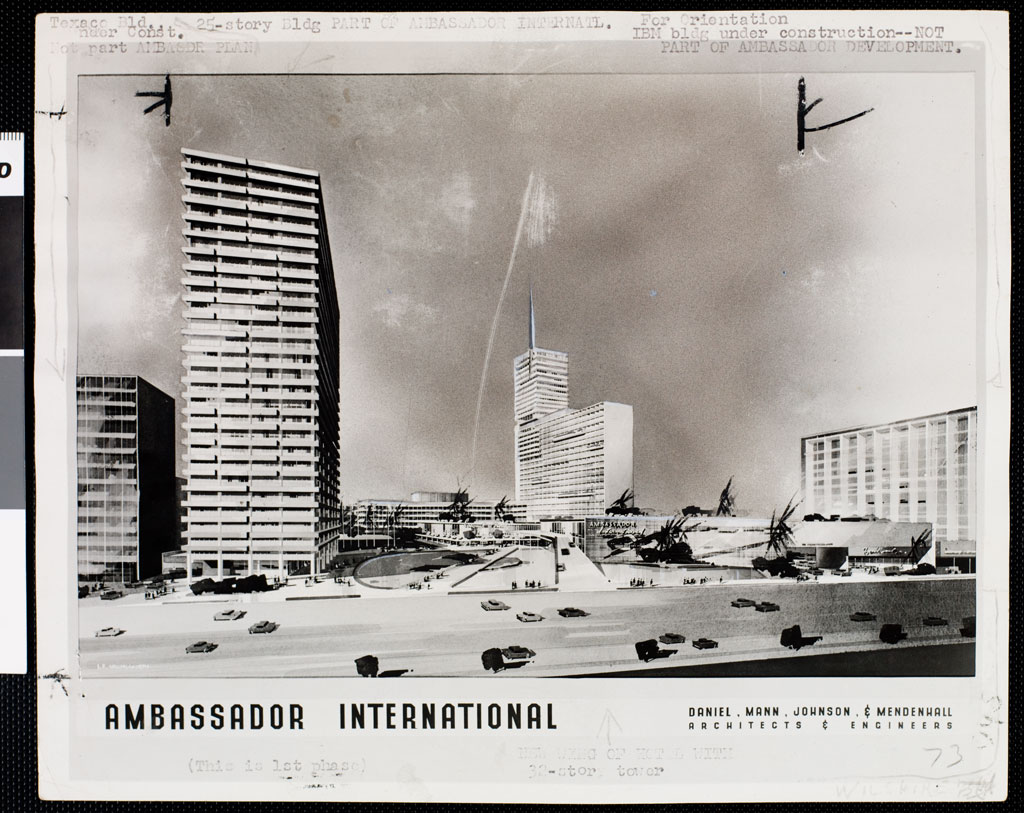