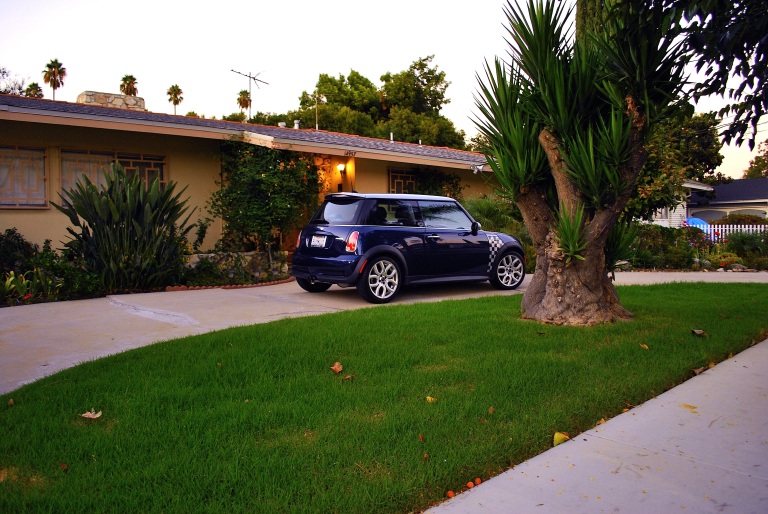 Mini-Cooper on Gilmore., originally uploaded by Here in Van Nuys.

The December median sales price for all Southern California homes fell to $278,000, a 35% drop from the same month a year prior, according to San Diego-based MDA DataQuick.

The falling prices were again driven by sales of foreclosed properties, which comprised 56% of all homes sold in the region. Consequently, the lowest median sales prices were reported in San Bernardino County ($180,000) and Riverside County ($209,000), where foreclosures have been rampant.

Low prices drove the number of Southern California homes sold in December up by 51% over the previous year.

“It does look like the spigot is being opened a little bit, at least for low-cost home purchases,” said John Walsh, MDA DataQuick president.

The typical monthly mortgage payment that Southland buyers committed themselves to paying was $1,239 last month, down from a revised $1,380 for the previous month, and down from a revised $2,060 for December year ago. Adjusted for inflation, current payments were 43.9% below typical payments in the spring of 1989, the peak of the prior real estate cycle. They were 54.0% below the current cycle’s peak in July 2007.