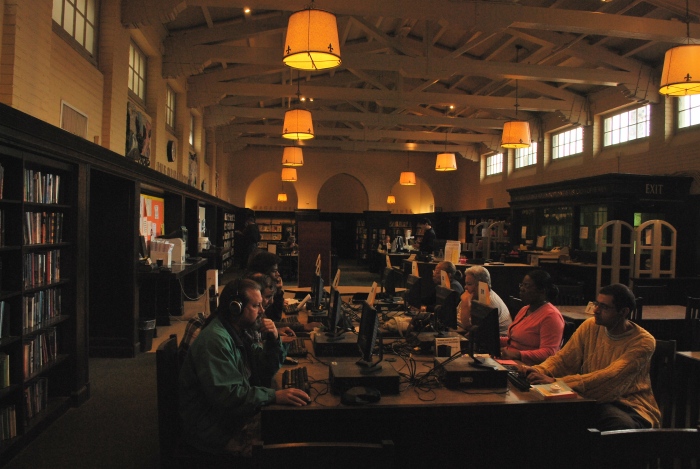 Richard Hilton, a Board Member at the Museum of the San Fernando Valley, led a walking tour around North Hollywood yesterday.

Any time someone mentions one of these historic expeditions on foot to me, I start to nod off. I expect it to be dry and fact filled.

But this tour was amazing. We saw the exteriors and interiors of churches, a post office, an old bank, an Art Deco fire station, a Masonic temple, and explored a rich tapestry of architecture and social history.