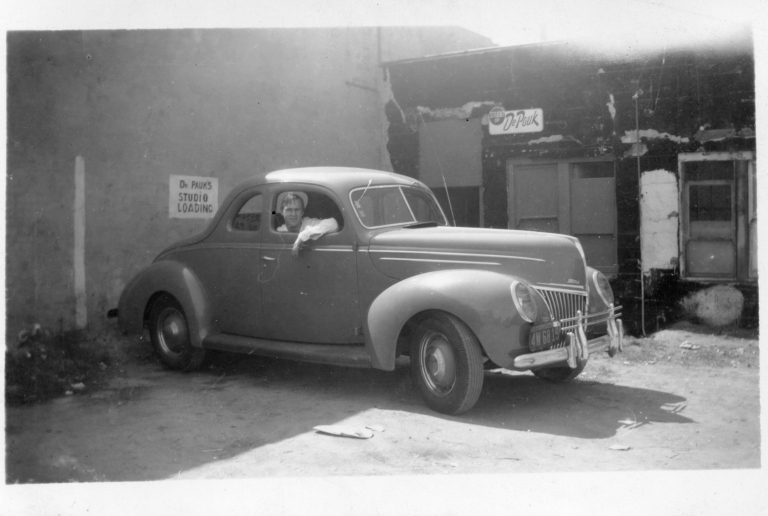 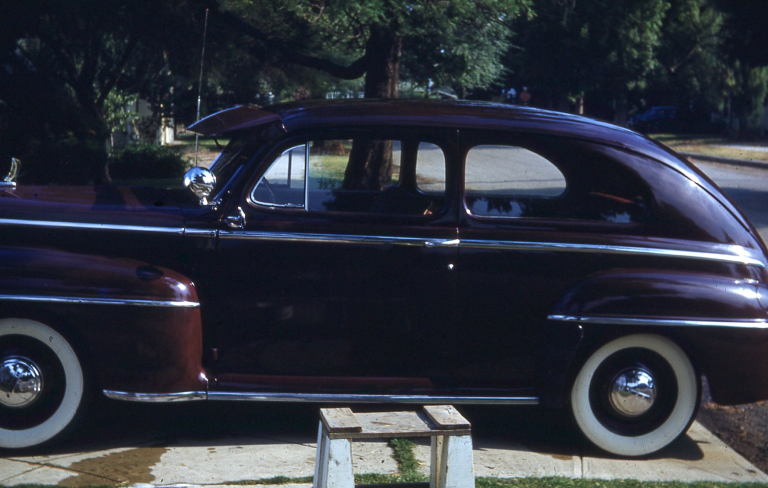 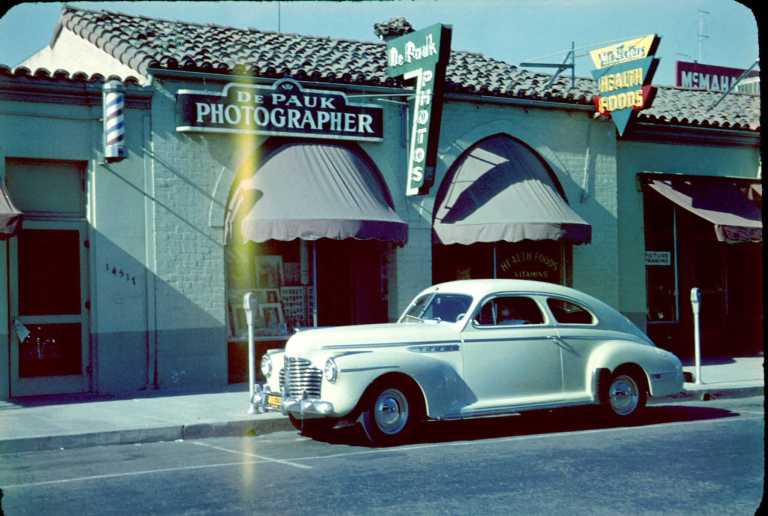 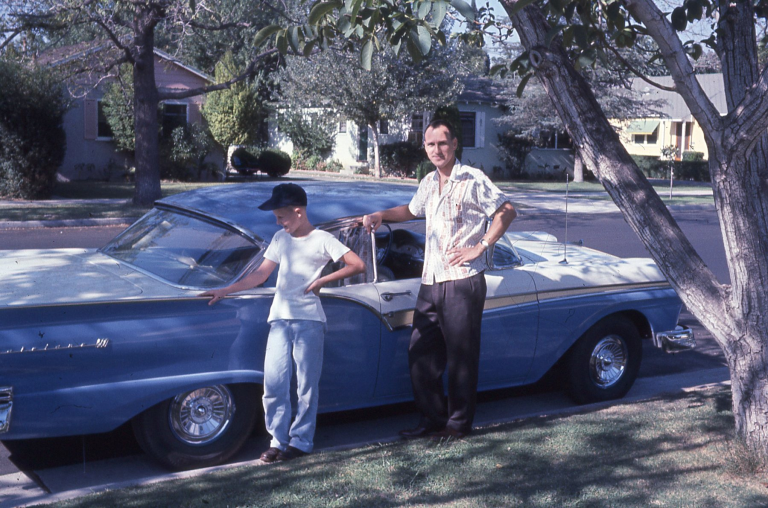 Phil DePauk, who now lives in Virginia, has been a follower of this blog for a few years
and he graciously sent me some new (old) photos from his family archives. He is the young boy in these photos.

Phil DePauk and his extended family lived in Van Nuys in the 1940s and 50s and operated a well-known local photo studio located at Gilmore and Van Nuys Bl. It closed in the early 1960s. 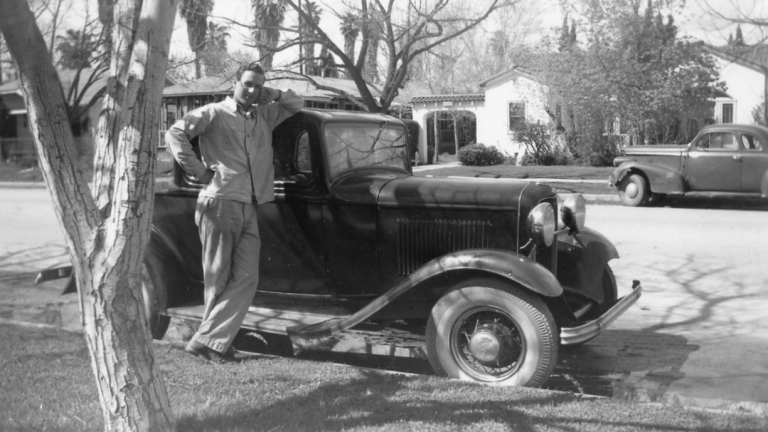 One of the other addresses that pops up is: 14204 Haynes St. a block located just west of Hazeltine. Phil either lived or spent time here.

A recent Google Maps view shows that the neighborhood is still single-family residential, but now many of the once plain and friendly houses are sheathed in ironwork and other embellishments of modern paranoia. There are many cars in these photos. Phil’s father worked at Wray Brothers Ford which was located near the intersection of Calvert and VNB, two blocks n. of Oxnard.

I wrote to Phil this morning to clarify some family facts and here are his words:

After Ford, my Dad worked at Pacific Tire and Battery Co. on Sylvan St. across from the old library.

My Uncle Ed (now age 83, sharp as a tack and living in Canoga Park) started working at California Bank (Sylvan and VN Blvd) after his discharge from the Army.

He subsequently worked at numerous other banks before retiring as a Vice President. My Uncle Dan was the manager of the McMahans used furniture store before his transfer to Marysville. My Uncle Bill started his own photo studio in North Hollywood. My Uncle Ed lives in Canoga Park and always enjoys reliving memories and making new friends if you have an interest.”

4 thoughts on “The DePauk Family in Van Nuys.”