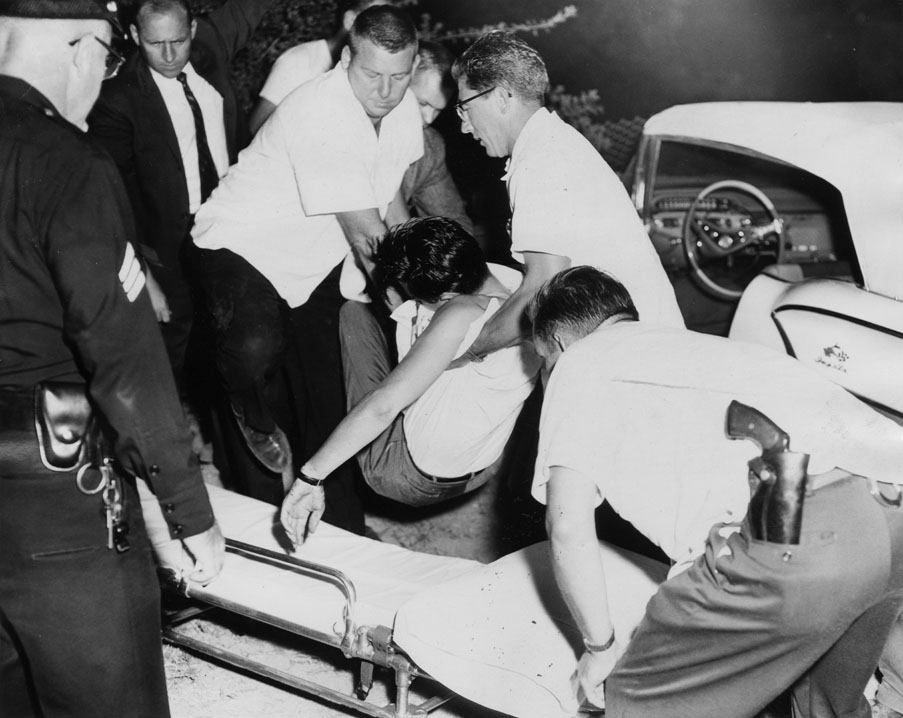 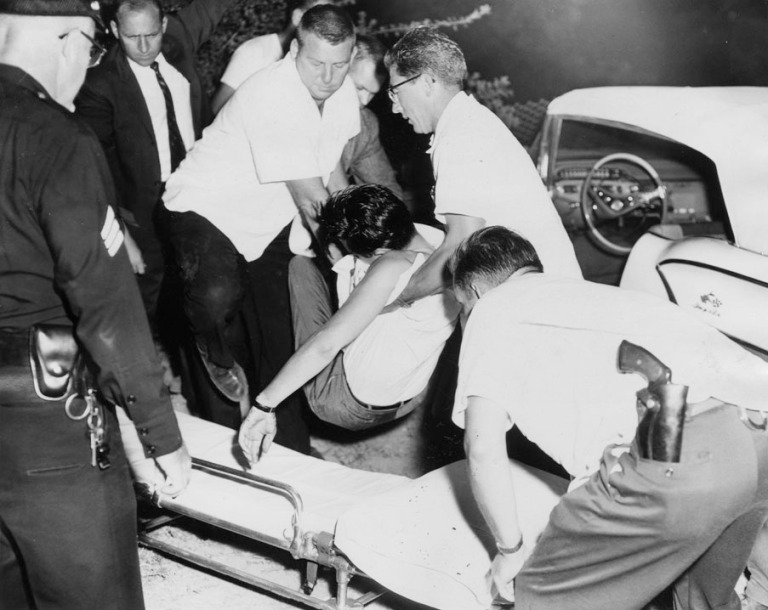 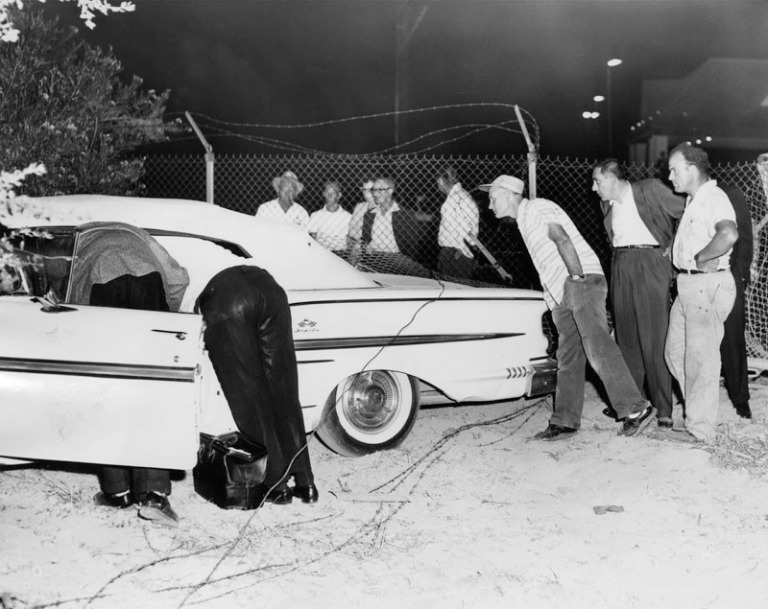 From the LAPL files:

“Robert Lee Daily, aka John M. Savage, aka George R. Gibb, was being sought in connection with over 60 burglaries in the Hollywood and Beverly Hills areas. He was shot dead by Investigator James McGrath when Daily tried to flee from McGrath in Encino. Detectives carry body of Robert Lee Daily, burglary suspect, from car in Encino after he was shot by district attorney’s investigator when he assertedly tried to get away. Police found nearly $15,000 in loot in his Woodland Hills home.”