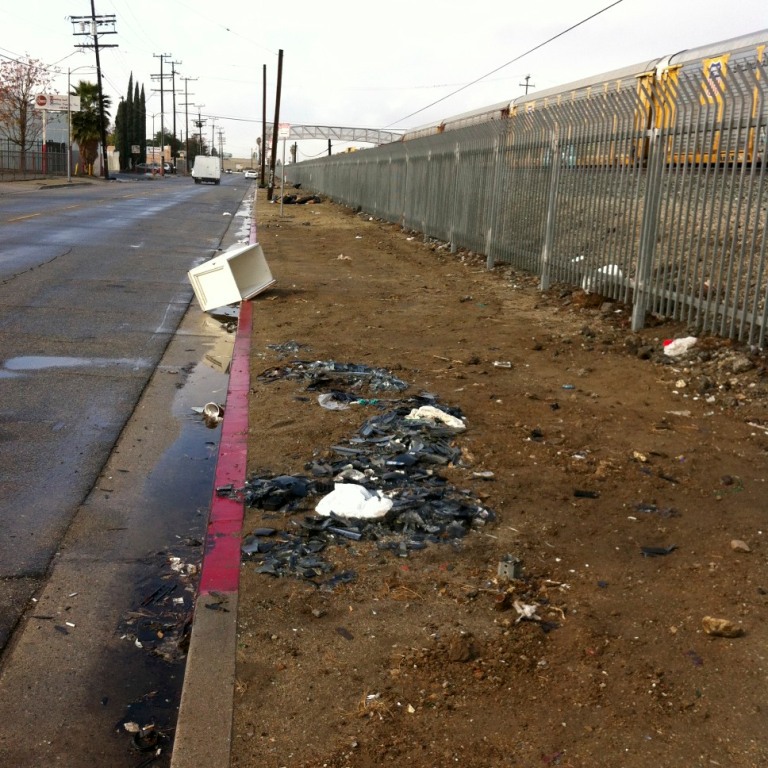 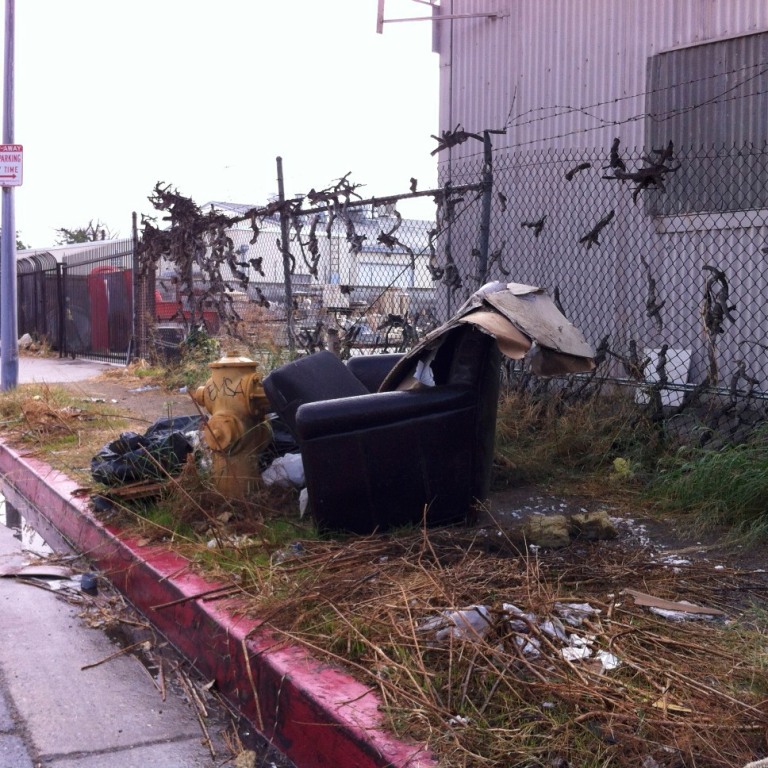 After depositing an old, fat 1994 television at SCV Recycling (14658 Raymer St. Van Nuys, CA 91405), a thriving and well-run recycling center, we drove out onto the wasteland that is Raymer Street between Kester and Van Nuys Boulevard.

Seemingly enticed by the nearby recycling facility, the median between the road and the railroad has become a vast, out-of-control, 24/7 dumping ground for trash, especially electronics. The sight of so much garbage recalls those National Geographic photos of impoverished India in the 1960s or 70s.

Perhaps La Nueva Councilwoman Nury Martinez will devote some energies and order a clean-up of this blight.

People who imagine that Van Nuys can be brightened by hanging some tinsel from trees surely will be sobered by the reality that this is what reality really looks like.

11 thoughts on “The Wasteland.”