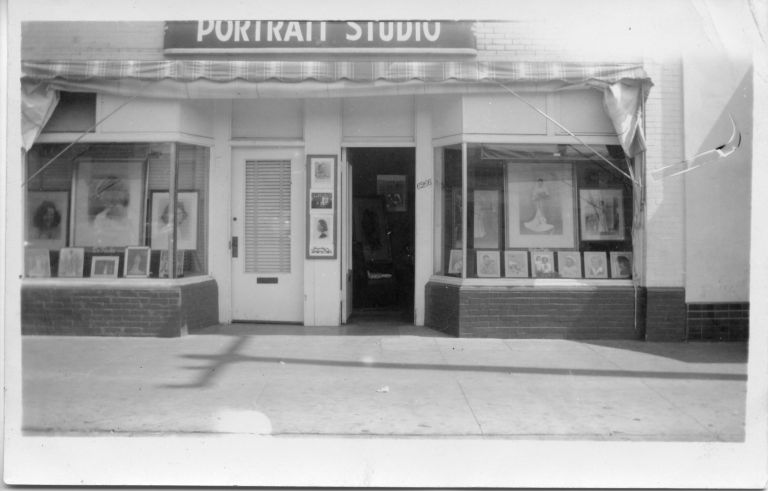 I had published some of these a few years ago, photographs sent to me by Philip DePauk, a one-time resident of Van Nuys who now lives in Virginia. His family owned a photo studio on Gilmore near Van Nuys Boulevard and his father and uncle also worked for a Ford dealership located here.

These images are both stunning and sad, sad for the lost way of life that once existed here, a gentle place where orange groves and endless vistas promised opportunities and happiness in a state where agriculture, industry and education were all advanced and the envy of the world.

Modern people often dismiss the past by citing the prejudices of that era. Women who could not work. Gays who could not marry. Japanese rounded up during WWII. Blacks and Hispanics who were relegated to ghettos, kept out of the workplace, discriminated against in every sense of the word. These were all bad aspects of law and custom thankfully banished.

Yet our landscape, moral and cultural, is degraded worse today.  This I believe.

This is our present.

Living as we do now, in a completely tolerant California, are we not victimized, all of us, by the crude violence, the grossness of language, the vulgarity of dress, the assault of trashy behavior, that demeans all of us?  We live in a Van Nuys that shames us. Some of us react by renaming our neighborhoods Lake Balboa, Sherman Oaks, Valley Glen.  Others just flee by moving away, abandoning Van Nuys Boulevard, crawling deeper into our digital drugs, withdrawing from human interaction which is often uncivilized and often barbaric.

On my street, I often see cars parked in the shade. When the drivers move on, what’s left behind are fast food wrappers, cans, and bottles in the gutter.   And at LA Fitness, going to my morning workout,  I see a parking lot littered with junk food from last night’s fitness members.  At the alley next to SavOn, people urinate in broad daylight. Prostitutes walk the street.  And these are just examples of our less violent behavior.

Where is our respect for ourselves and for each other? 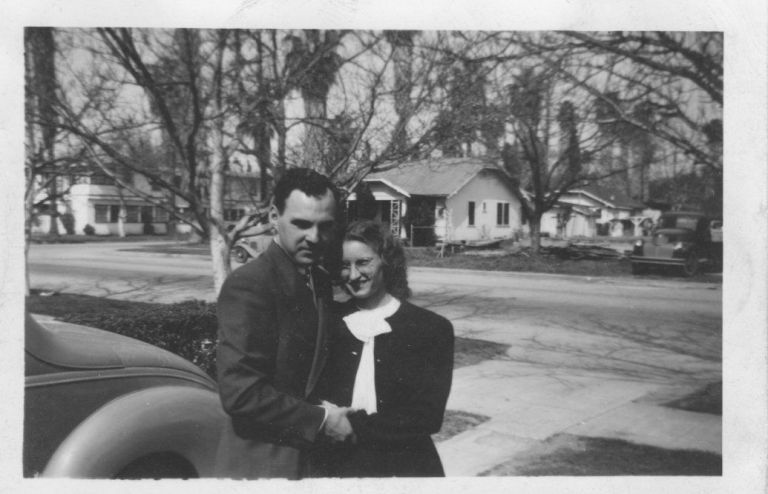 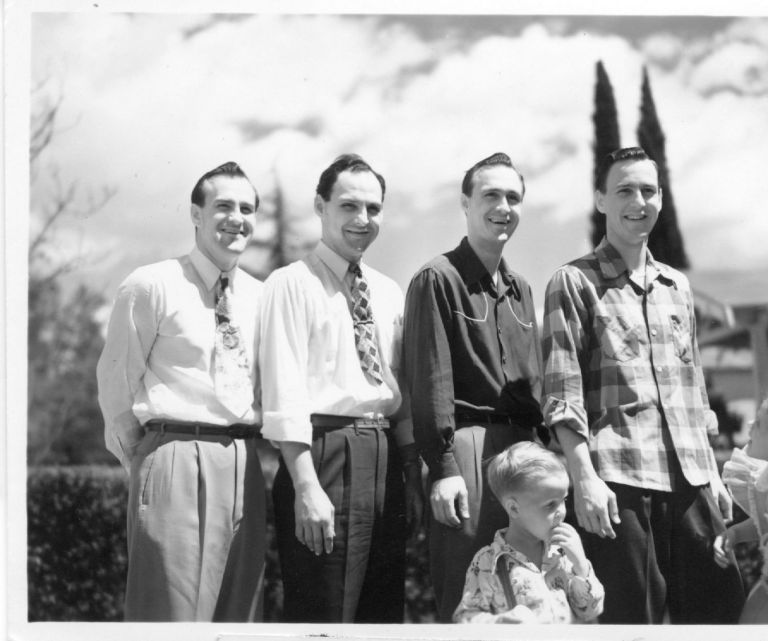 In the DePauk Family, typical of that time period, there is a certain modesty to behavior.  There is no “attitude” just hard working, well groomed people who conduct themselves with some decorum. 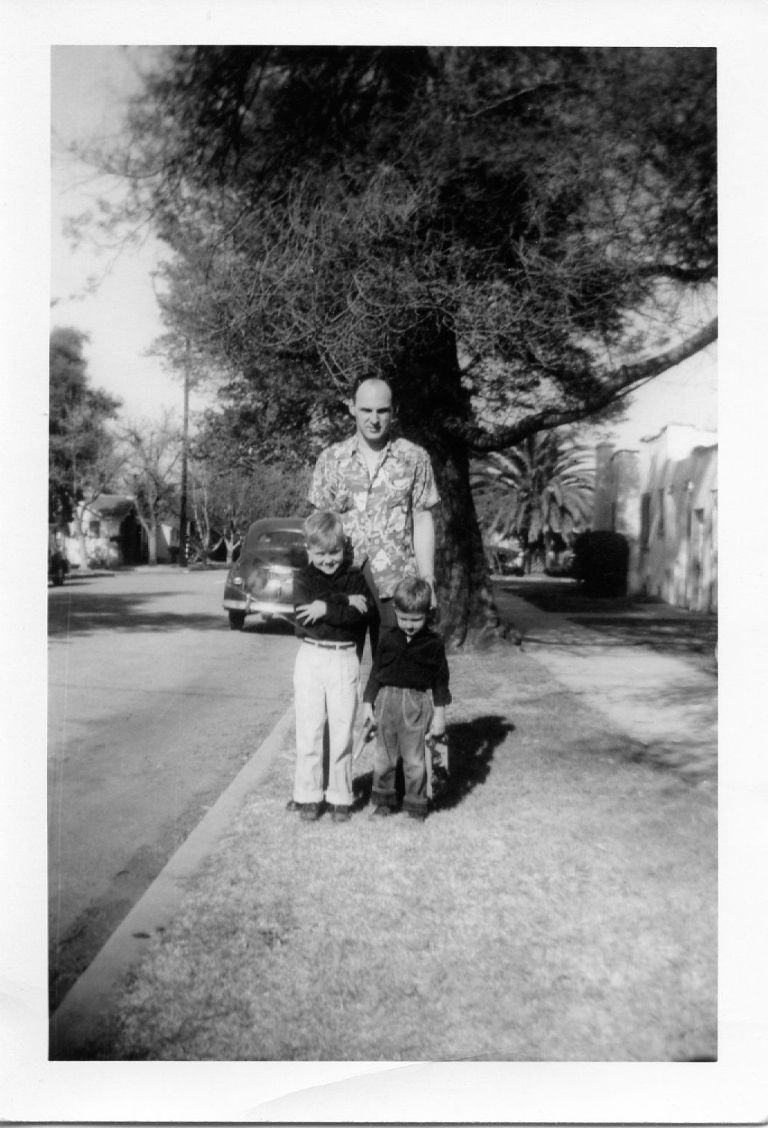 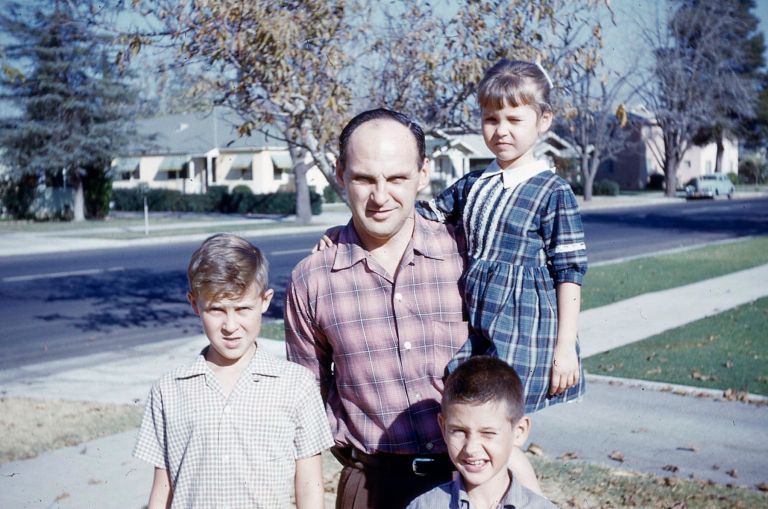 And for the generation whose lives were tempered and toughened by the Great Depression and World War Two, a flooding street was a good photo, not a moment for an emotional breakdown and an online fit of anger.

The one negative photo in this set, in my mind, is the widening of Victory Boulevard (1954) and the cutting down of trees that once lined the street. For this act of civic “improvement” spelled the end of civilized Van Nuys, making the hot streets hotter, the speeding cars faster, the abandonment of walkable and neighborhood oriented life lost to the automobile.