Van Nuys is sometimes and often justifiably known as a cruddy place.

It presents its public face, along Kester, Victory and Vanowen, as one of disorder: discarded mattresses and couches, tagged walls, empty storefronts, littered parking lots; and gelatinous, black spandex covered illegals pushing shopping carts and dragging water bottles to the corner market. Prostitutes walk day and night along Sepulveda. Gang graffiti is sprayed on white walls and then erased by angry property owners.

And then there are sections that seem out of another time, neighborhoods where commercials are filmed in front of picket fence houses, storybook cottages, lovely and well-tended.

At night the sirens and the helicopters come out often, waking up the sleeping residents.

And when day breaks, the streets are again quiet, but often sprinkled with discarded condoms, broken bottles and last night’s McDonalds wrappers.

West of Kester, north of Victory, we inhabit one of those “pockets” where there are mostly single family homes. Some of these houses are empty. Their owners have died, but their children do not choose to sell. Other houses are rentals. And many are owned by a variety of people: rich, poor, young, old, gay, straight, Mexican, Guatemalan, Armenian, Black; renters and homeowners, disabled and elderly, infants and young families.

The overriding theme of the area in which I have lived for 16 years is fear of blight and crime. We want our houses to stay well-tended, to keep up property values, to put up a wall against the overwhelming power of social forces beyond our control.

When news spread that The Village Family Services had purchased a single-family home at 14926 Kittridge, to house 6-10 “at risk” young people aged 18-24, something got the community galvanized.

How could this be allowed? Where was the great Van Nuys Neighborhood Council? Where was Councilwoman Nury Martinez?

Who would supervise, residents asked, half a dozen or more kids when everyone knows supervising even ONE teenager is often impossible. Answers from Village Family Services were after the fact, as if purchasing and setting up a bad business in a nice neighborhood, even a non-profit one, is OK as long as you have the bucks to put it in. No questions asked.

What business is it of yours, VFS seemed to say, asking how a non-profit drug and alcohol halfway house might not be a good addition next door.

Public records show that 4 bedroom, 3 bath 14926 Kittridge was in foreclosure in June 2014. It was owned by Jose A and Maria G. Mojica.

A raucous and badly run Wednesday, November 19th meeting of the Van Nuys City Council, where members ate pizza as others in the audience yelled and screamed, and disorder predominated, was what some of our neighbors encountered when they attended .  Officials pronounced that the deed of purchasing the home, and the plan to move in the kids, was a done deal.  The only variance would be allowing even more to move in, possibly 10.

A friend of mine, who knows how these facilities are run, says it’s about profit. You can charge perhaps $900 a month to house each tenant, which multiplied by 7 or 9 might bring in as much as $8,000 a month, more than enough to pay a mortgage on a $540,000.00 house.The house itself is nice looking. I drove past it the other day and shot these photos. 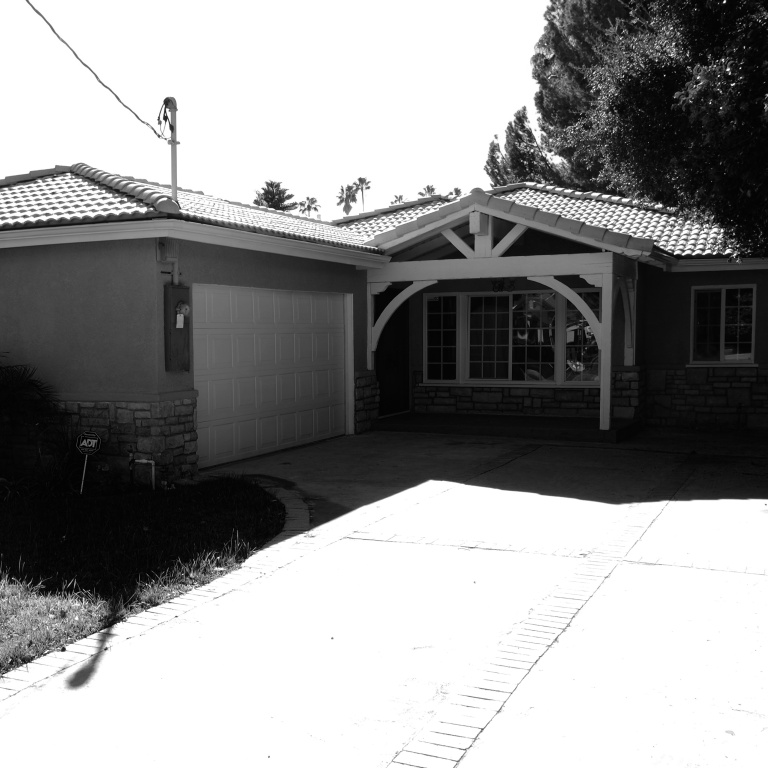 A community meeting and petition drive will be held at this house this Saturday, November 22, 2014 from 8:30-11:30AM. All concerned community members should attend.

One thought on “Blight and Fear.”