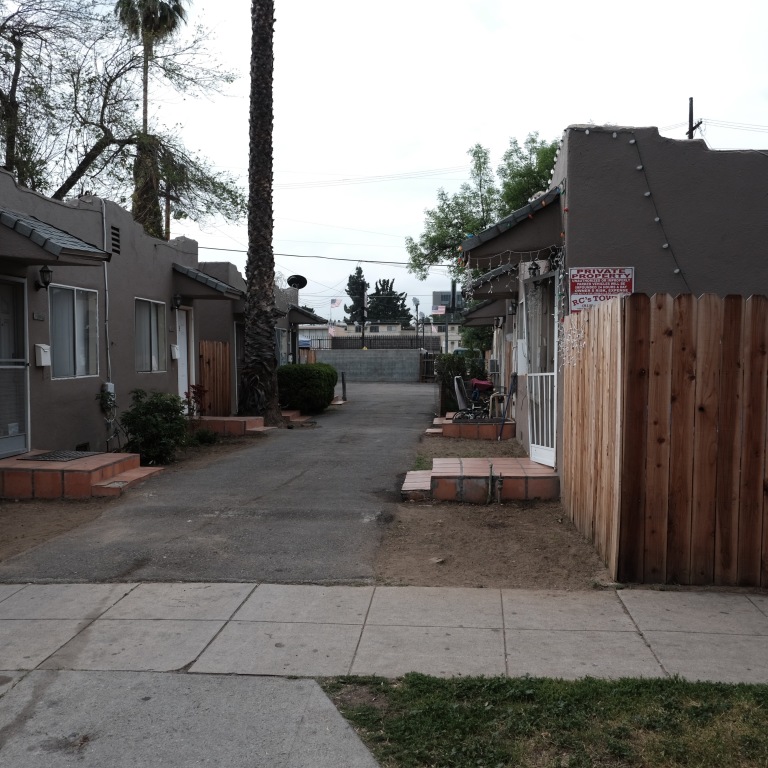 Don Waters (b. 1954), who grew up in Van Nuys and now lives in Missouri, has been a longtime reader of this blog.

After seeing my recent photos of Gilmore Street, he recognized one particular bungalow court at 14336.

A 2007 obituary provides some family biography.

Don, very considerately, sent me a 1952 photograph of his mother, standing in the courtyard of the complex.

It must have been a quite pleasant neighborhood to live in: schools, government offices, stores, and churches, within walking distance.

In 1952, the San Fernando Valley was on the precipice of speeding into the future full throttle. 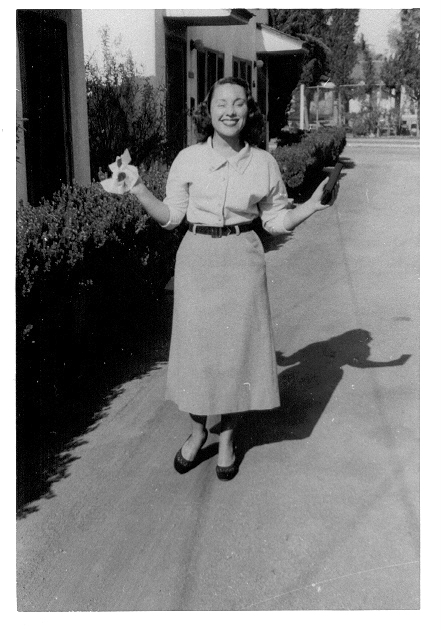