Mr. John Hendry, resident of Van Nuys and board member of the VNCC, sent me an email alerting me to the impending demolition of two old houses on Victory east of Kester.

14827—33, one a stucco house with pillars, the other a Spanish style (1936) with an arched entrance, stand on the windswept wasteland of six-lane wide Victory Boulevard. Few who speed past here, munching frosted donuts in black spandex, bother to look at the two architecturally historic properties that soon will be bulldozed for a 9-unit apartment.

It turns out I had photographed the Spanish house a few years back. But more strangely, I realized that Mr. Hendry’s homes were not the soon-to-be-demolished ones on Victory I drove past a few days earlier.

I had seen two others with ropes and signs up the street. 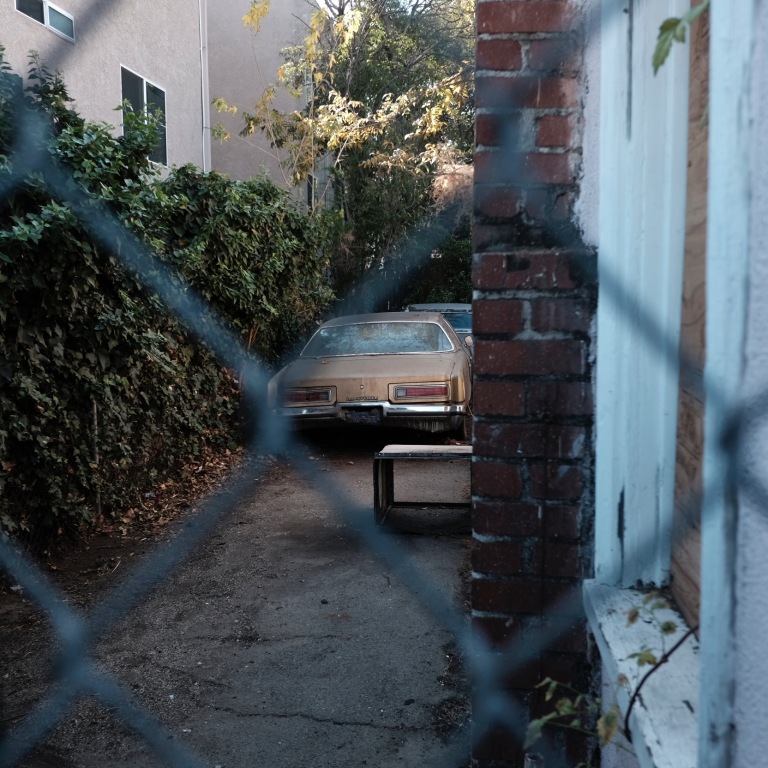 At 14242, east of Tyrone, on the south side of Victory, was built in 1923, and is a unique looking structure with an arched center door entrance flanked by two symmetrically placed windows framed with decorative metal hoods and lattice work.

Sentimental, pinkish, feminine, lovely: it is also on Death Row. Next to the frilly lady is a plain blue and white  frame house that looks like Dorothy Gale’s Kansas cottage. It shares the same fate as its neighbor.

92 years ago, Victory was a semi-rural street, narrow and flanked by pepper trees. It was a verdant and new settlement convenient to nearby government, post office, library, school and church. Streetcars made it possible to get to Hollywood or downtown.

In 2015, Van Nuys, willfully ignorant and wantonly wasteful, pursuant of profit and devoid of imagination, will sweep away even more of its history so that ugliness and plasticity can triumph.

We know what ISIS did to the ruins of Palmyra, Syria. And we rightly condemn it as the work of ignorant savages.

But what are we doing to our own history by our own actions or inactions? 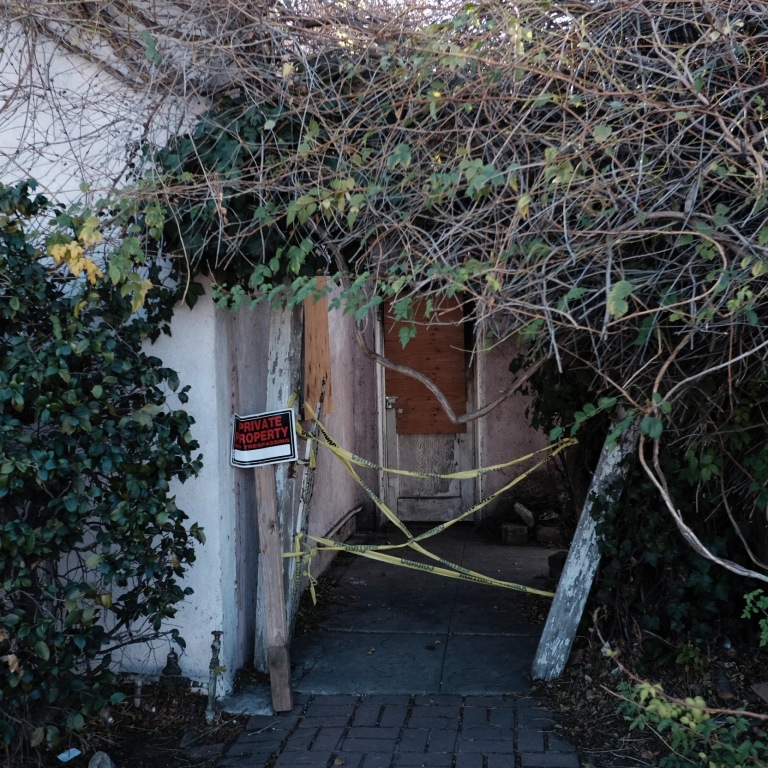 6 thoughts on “Obliterating the Past.”