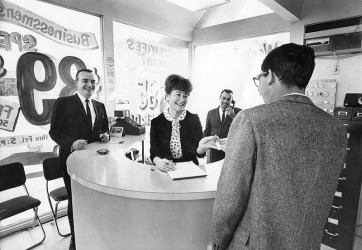 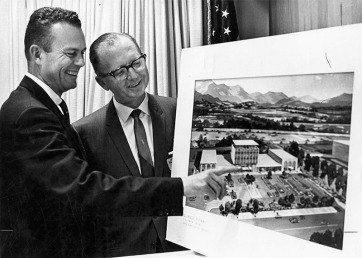 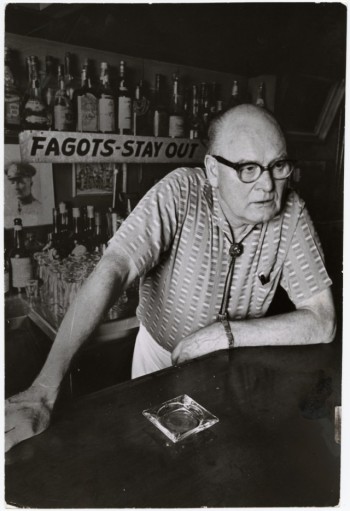 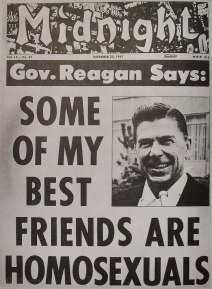 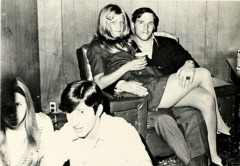 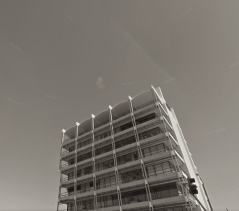 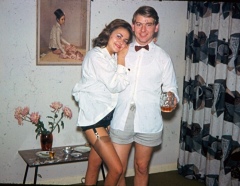 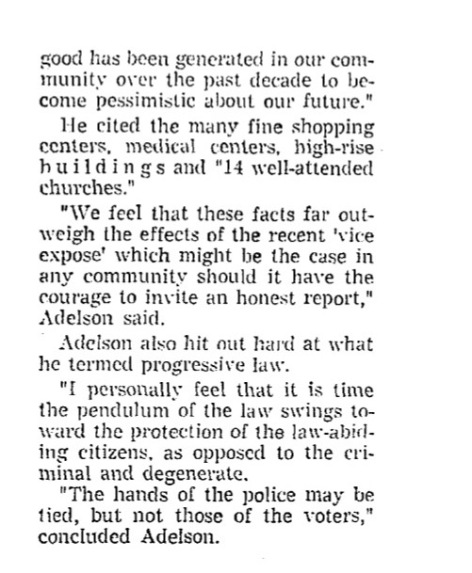 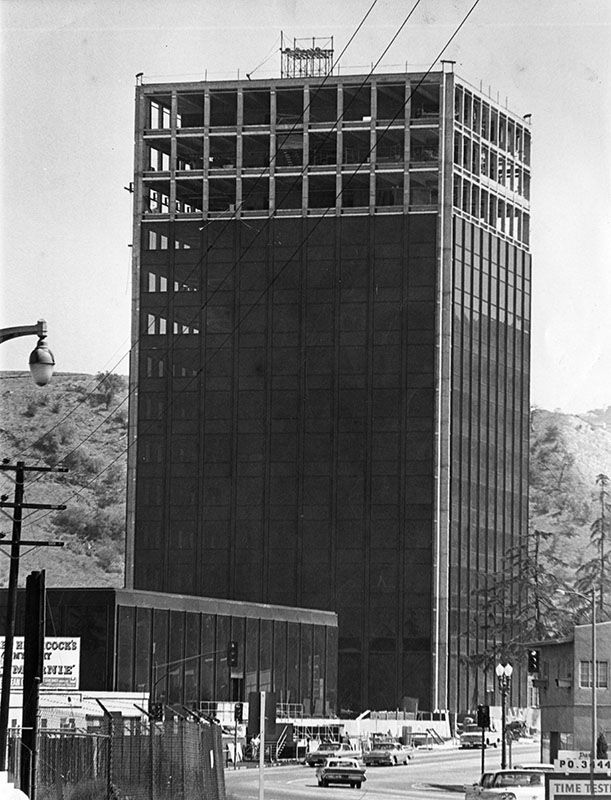 In the mid 1960s, the Sherman Oaks/Van Nuys area was stunned, and shocked, to learn that vice was rampant.

To deal with sexual deviancy, the Sherman Oaks Chamber of Commerce, led by President Dr. Fred Adelson, proposed “citizen patrols” to inspect bars and nightclubs that might be contributing to societal breakdown.

Lest the general public think that there was a complete reversion to Sodom and Gomorrah, Adelson assured that morality and progress was well entrenched with many fine shopping and medical centers, high-rise buildings and “14 well-attended churches” attesting to the general goodness of ethics in the community.

How high-rise buildings, medial centers, shopping malls and churches might reduce the amount of wife swapping and homosexuality in Sherman Oaks and Van Nuys is one of the enduring mysteries, that 50 years later cannot be answered. Perhaps florescent lighting, elevators and sealed windows cooled Mid-Century sexual desire, even when high heels, desk drawer bourbon, short skirts and high finance stoked the fires.

Whatever became of the good-minded crackdown was drowned out by the long-haired, psychedelic party that swept the Golden State around the time Jeannie popped out of her bottle.

But in recalling the tenor of 1966, we are reminded again that the reassuring voice of business, law enforcement and religious leadership has never faltered. And as Ted Cruz reminds us… will continue to inspire us even in the 21st Century.