Along with other financial institutions such as Jefferson Savings, Lincoln Savings, Great Western Bank and Bank of America, they served the local community of hard-working people who opened accounts that paid 3% or 4 1/2% interest and where polite tellers, dressed in pearls and high heels, addressed customers by their last (never their first) name. 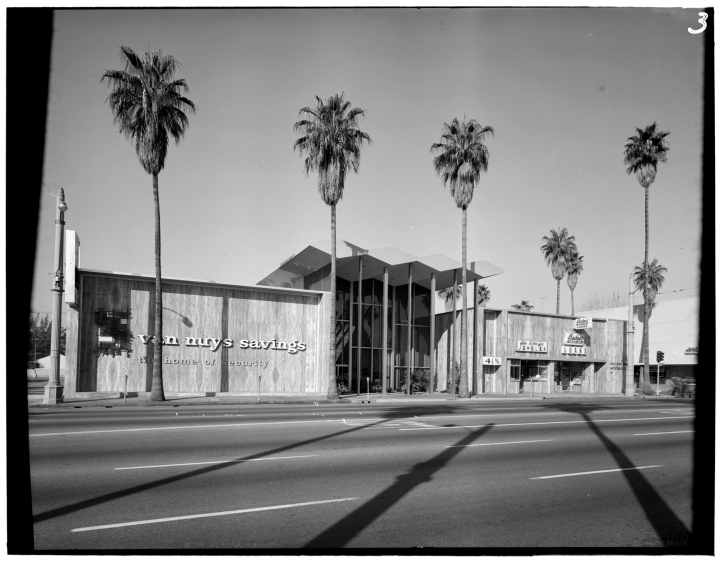 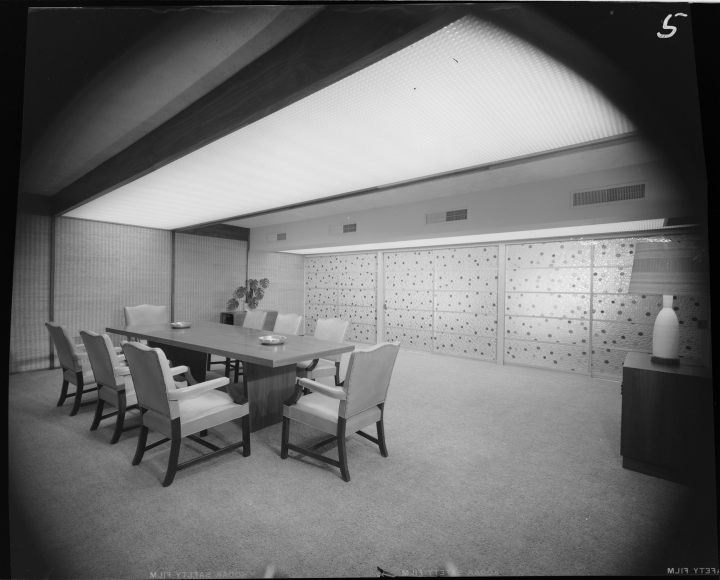 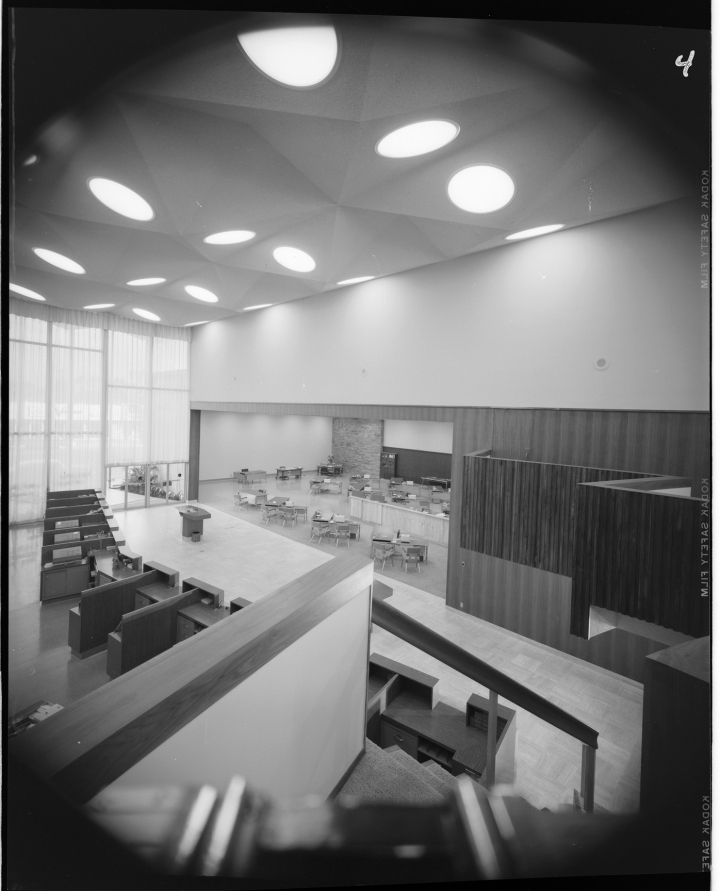 Photographer Maynard Parker shot these images of the bank exterior and interiors. They bespeak a dignified and progressive institution whose architecture was as up-to-date as its vision of a prosperous, safe Van Nuys. A sign on the outside of the building reads “The Home of Security” leaving no doubt to depositors about the solidity of the S&L.

Mr. Sheets was a prodigious artist whose work can be seen all over Southern California, most notably on the exteriors of many of those white, marble clad, Home Savings of America buildings that resemble mausoleums.

Architect Culver Heaton designed many Mid 20th Century churches in Southern California in a style of expressionistic eccentricity long departed from our stripped-down imagination. His Chapel of the Jesus Ethic in Glendale (1965) is almost campy in form with its prayerful red roof, rising like hands, above a turquoise reflecting pool and a statue of Jesus on water fashioned by Herb Goldman.

In the 1980s, there was a national scandal and shakeout in the savings and loan industry and many closed down. The de-industrialization of Van Nuys, and its decline as a manufacturing and commercial center, coincided with a tremendous increase in immigration from Central America.

But last year, in a hopeful sign of better times, Boaz Miodovsky of Ketter Construction, who is the new owner, plans on demolishing the old bank which has now been degraded from its original condition. His company will design and erect a multi-story apartment house with ground floor retail. The front, on VNB, will be five stories tall and taper down to three stories in back.These illustrations, which he sent to me, are preliminary and will be further refined to include landscaping and additional detail.

Nostalgist and Van Nuys Neighborhood Council member John Hendry, who grew up and still lives in Van Nuys, alerted me to the impending demolition and asked me to research the origins of the historic structure. Quirino De La Cuesta, another VNNC member, stepped in and purchased these images from the Huntington Library.

And Mr. Miodovsky, in a nod to the old murals, will have new artwork painted within the new structure. It will be created by local artists and reflect the continuing development of Van Nuys which hit its bottom and is now climbing out parcel by parcel.