On Flickr, where I sometimes spend my time, there is a group of photographs called “The Big Empty Foreground.” These are urban places, usually wide-open spaces, without people.

Many of the contributors come from Europe, a place one does not often think of as empty. Soccer fields, parking lots, office plazas, old factories, these are some of the unpopulated places. 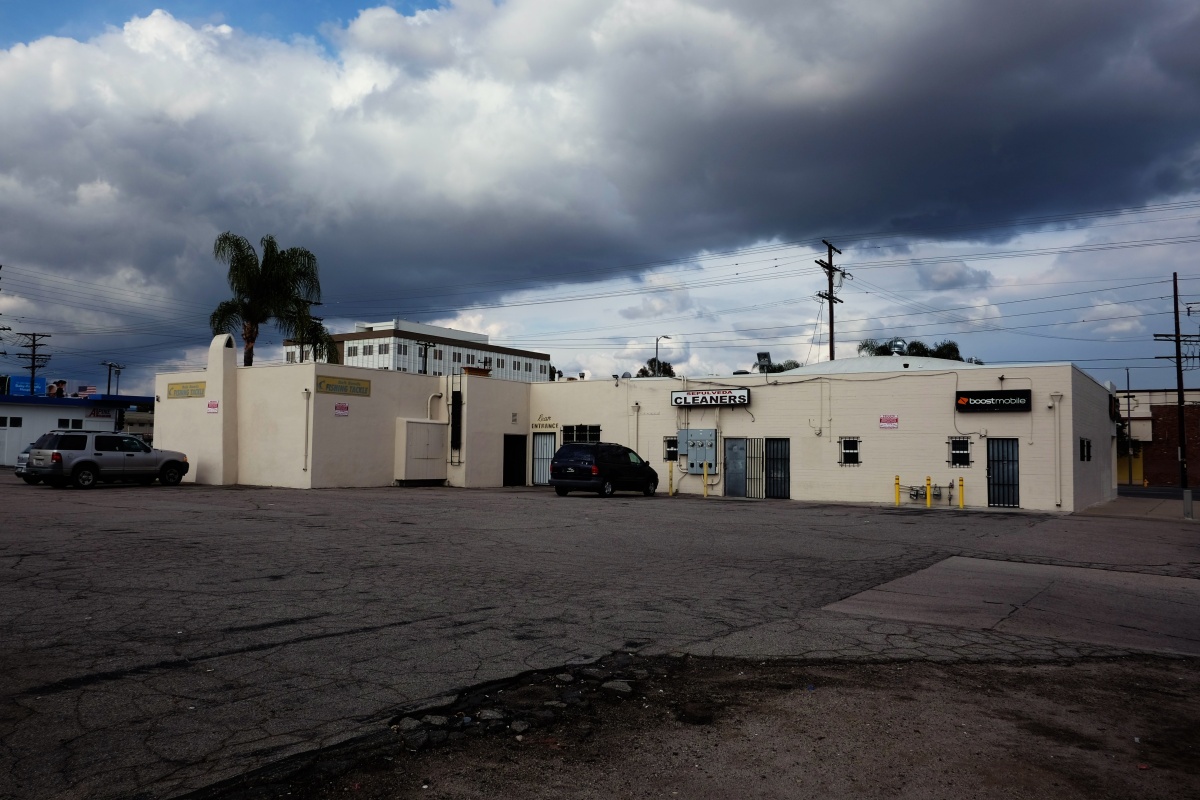 Near Vanowen, between Archwood and Sepulveda, there is a collection of one-story businesses: a cleaners, a phone store, a fishing tackle store and an odd place called Reynoso’s Lapidary and Supply which specializes in rocks, gems, stones and agate slabs.

These are in a building put up when land was cheap, sometime in the 1950s. And they are plain and homely and functional, but also practical, because the cars are put in back and the sidewalk is in front. Signs are small and discreet.

What intrigued me, on a day when dark clouds enclosed the sky and transformed the light of Los Angeles into something moody and cool, was how casually open space was made in the back, without gates or fences, or trees. That’s the way we parked in the 1950s at a suburban place. There was no thought given to landscape, only to laying down asphalt.

A walnut or orange grove, on many acres, probably occupied this land before the building was built.

This landscape back here will probably be developed someday and covered completely in a banal apartment, approved by city zoning.

But for now there is light, and space, and sky. 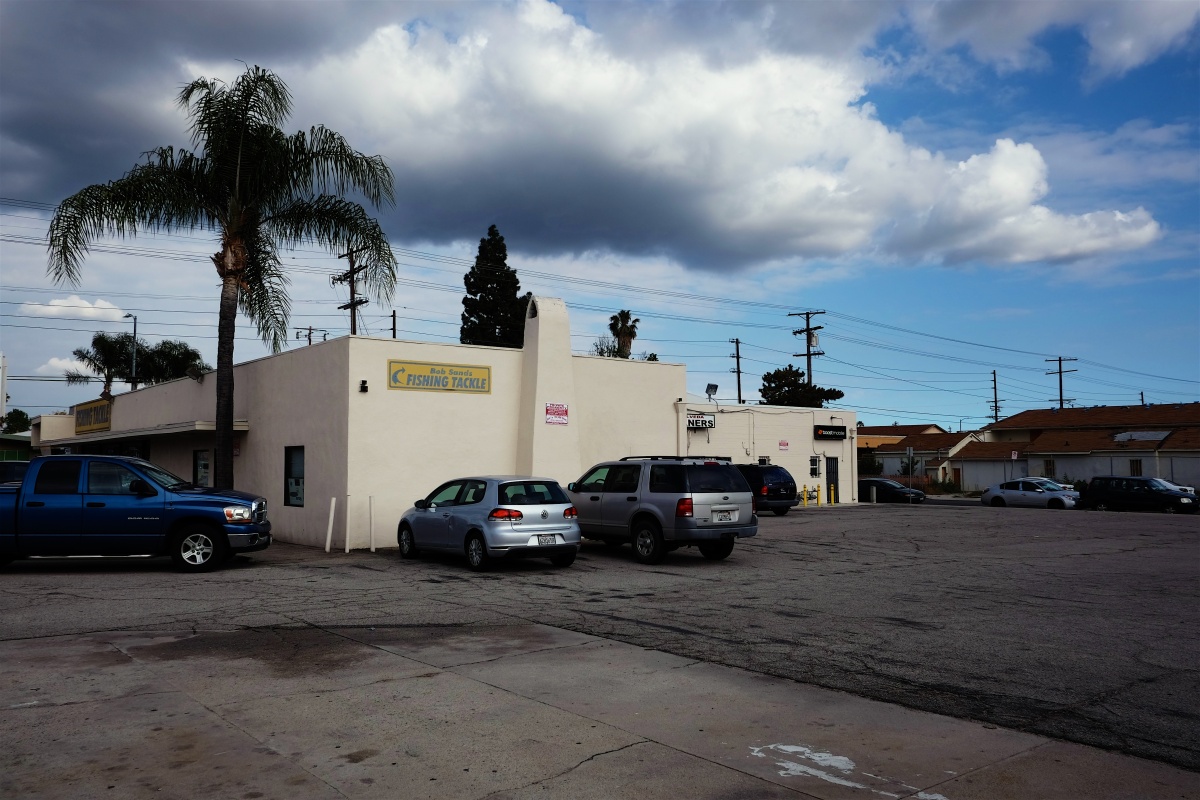 2 thoughts on “The Big, Empty Foreground”