It is doubtful that Van Nuys Boulevard, especially that languishing, forgotten, distressed stretch between Victory and Vanowen, has ever been as low, neglected and poor as it is today.

No longer do the homeless hide in alleys. They are now set up on the sidewalk, their belongings piled into shopping carts, covered in tarps. 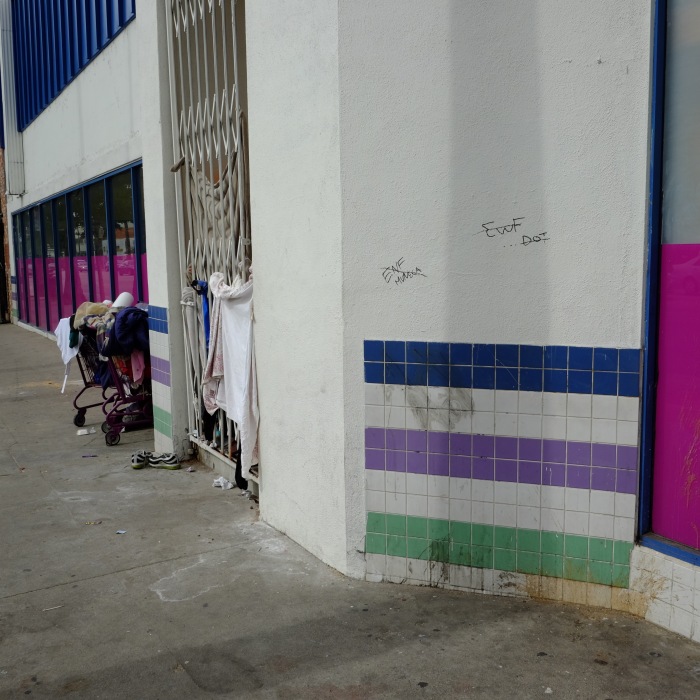 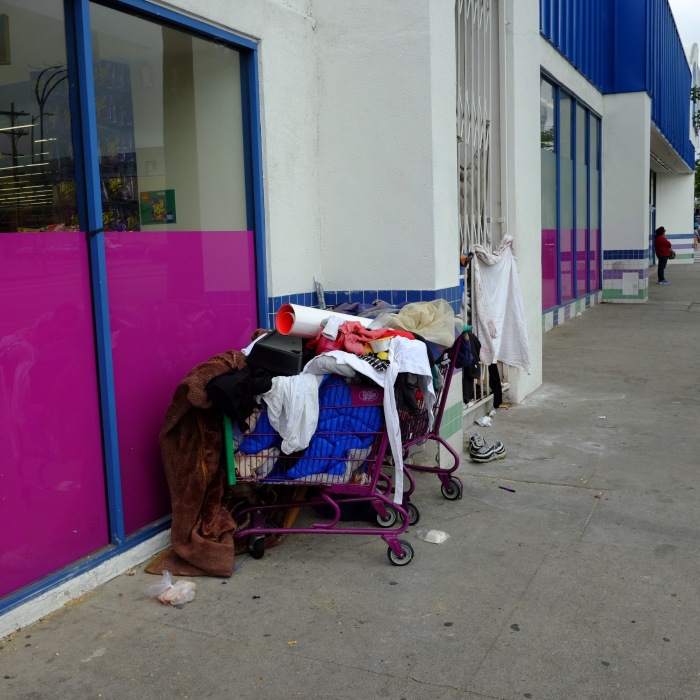 At the 99 Cents Only Store, a steel gate guarding a delivery door is pulled back. Towels and curtains hang over it, and behind it are black feet in flip-flops.

There are other sleeping humans on the sidewalk, and the black woman with the black feet in black flip-flops is not unique.

From 2003 to 2013, Tony Cardenas served on the Los Angeles City Council in the 6th District covering Van Nuys. He was elected to the US House of Representatives from California’s 29th District and now represents Van Nuys in Washington, DC.

The man who calls himself “The Honorary Mayor of Van Nuys” is George Thomas, also the President of the Van Nuys Neighborhood Council, also the publisher of a newspaper called “The Van Nuys News Press” which “features stories on everything, but especially golf and travel.” Recent stories featured whale watching in Hawaii and the Kahalu’u Beach Park Condo on the Big Island, a “Property of the Week”. Mr. Thomas, who is also a resident of Agoura Hills, is currently running for state senate.

These are just two men, Mr. Cardenas and Mr. Thomas, leaders of Van Nuys. They do not live here. They may not even care about here. Their careers, not their community, are foremost. 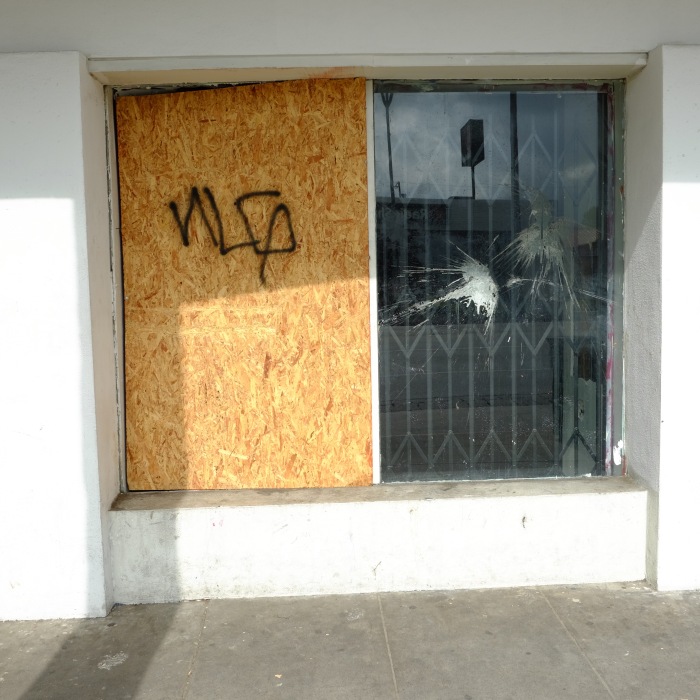 To say that Van Nuys and its Boulevard is without leadership or vision is obvious. This once thriving district of Los Angeles is now on intoxicated autopilot. It is careening fast into oblivion and may one day be as ill and impoverished as Skid Row.

With the “revitalization” of downtown Los Angeles, the mentally ill, the drug and alcohol addicts, and the other lost men and women of the city have to go somewhere.

They are going North by Northwest to the San Fernando Valley.

The ghost citizens arrive unwelcomed, their presence an uncomfortable reminder that we all are just one paycheck away from ruin, one illness away from financial catastrophe.

We took our shower this morning but we resemble them more than we admit.

The homeless are the new pioneers, the new settlers of Van Nuys. They will come here to live on the sidewalk, in the alley, in the box behind the dumpster. They will multiply into the thousands, and Van Nuys Boulevard will be an outdoor city of tents, defecation, boxes, shopping carts, and the smell of urine in 110-degree heat.

Developers may snap up the cheap building. They may come here and build, that may be a good thing. But what are the larger solutions to end the dumping of human beings into the street? How will this street reform and repent itself? Will a few benches and a few trees and a Starbucks on the corner change the larger malaise?