A few weeks ago I received a lovely email, and some photos from Tom Cluster, a reader of this blog.

Here is one excerpt:

I just discovered your blog about Van Nuys.  I’m entranced by it.  I’m almost 70.  Our family moved to 6944 Columbus Avenue in the summer of 1955.  It was a small tract of new homes.  We moved from Westchester (near LAX).  A lot of people moved from Westchester to the Valley because the airport was expanding and streets were being eaten up.  Our new neighborhood was between Kester, Vose, Sepulveda, and Vanowen. 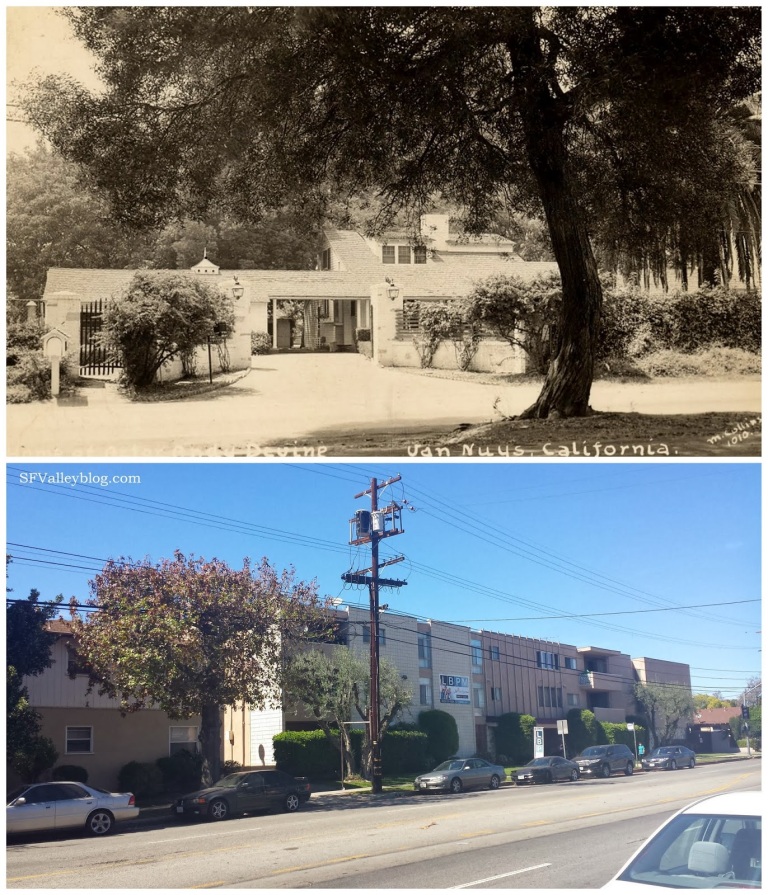 The local celebrity was Andy Devine, who still lived in his big house on 6947 Kester, down near Basset.  At Halloween he’d hand out small boxes of Sugar Pops.  There was an old swimming pool across the street that he had built years before – the Crystal Plunge – and we’d swim there in the summer. We had smog alerts in those days and if there was a big rain we wouldn’t go to school because Kester St. would flood.

There was a family on Vose who sold eggs from their chickens – the mother and father had survived the Holocaust and had the tattooed numbers on their forearms.

[Then as now] It would get hot and there was no air conditioning, not at Valerio School (which in 1955-1956 was at the corner of Kester and Valerio, consisting entirely of temporary buildings with a dirt playground) and not in our homes.  Still, I have fond memories of Van Nuys.

The area where the Presbyterian Hospital is now was a big empty field full of tumbleweeds – we’d make forts and paths there.  When the hospital was built it was small compared to what it is today.  It was just two circular wings designed by William Leonard Pereira. (1909-1985) of  Pereira and Luckman.

I’ve attached a picture out front of our house.  The older end of the street didn’t have walnut trees and it always seemed hot.  What we didn’t understand was that the walnut trees would all soon die because sidewalks and asphalt and lawns aren’t good for them.  At that point our end of the street got hot and the trees that had been planted at the other end of the street grew up and gave it shade.  We moved out in 1962.  The people who bought our house are still there – probably the longest residing family in that block of Columbus. 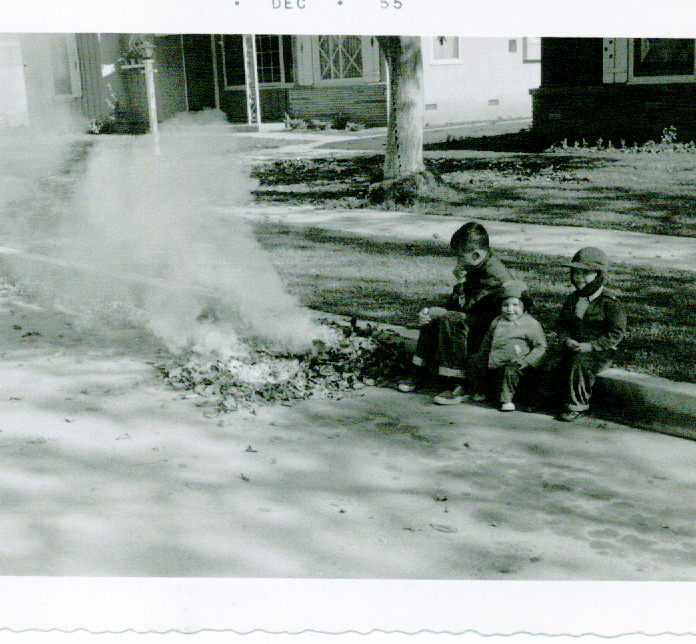 If you look at Street View for 6944 Columbus you’ll see that it’s perfectly manicured.  The builder of our little tract was named Arthur Guyer – he built tracts throughout the Valley.  He built 15153 Marlin Place for himself in about 1957.

There was another local celebrity on that street, although he wasn’t famous then.  The Cerf family lived at 6932 Columbus, and Vinton Cerf, the oldest son, was attending Robert Fulton Jr. High.  Vinton is famous as the “father of the Internet”.  He and a buddy invented TCP/IP while at UCLA. The Cerfs left Van Nuys about the same time we did.

I won’t bore you with my memories of all the commercial establishments, but I will mention that Kenny’s Automotive at 14852 Vanowen, near Kester, was there in the 1950’s, just as it is today.  Another hold out from the old days is Lloyd’s Market, at 7219 Kester.  It was called Lloyd’s even back then, and we’d stop there every day when we walked home from Valerio.