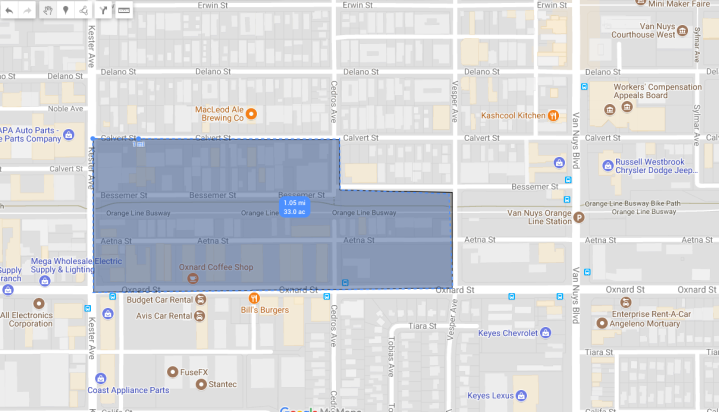 “Sheila James Kuehl (born February 9, 1941) is an American politician and former child actor, currently the member of the Los Angeles County Board of Supervisors for the 3rd District. In 1994, she became the first openly gay California legislator and in 1997, she was the first woman to be named Speaker pro Tempore in California.[2] Kuehl most recently served as a Democratic member of the California State Senate, representing the 23rd district in Los Angeles County and parts of southern Ventura County. A former member of the California State Assembly, she was elected to the Senate in 2000 and served until December 2008. She was elected to her supervisorial post in 2014. In her capacity as Supervisor, she also sits on the Metro Board, First 5 LA, and is the County appointee to the South Coast Air Quality Management District.” – Wikipedia

Re. Metro “Option A” Plan for Light Rail Yard in Van Nuys

As you are aware, Metro Los Angeles is planning to erect a light rail service yard in Van Nuys. “Option A” is one of four sites proposed by the agency.

“Option A” would seize land NE of Kester and Oxnard, along four blocks, covering 33 acres, and demolish 186 buildings straddling the Orange Line Busway. For the purpose of this letter the area will be called “Kesterville.”

We are vehemently opposed to this plan. Here is why:

Within this dense, vital district are found a historic music recording studio, a maker of top quality metal hardware utilizing 3-D printers and advanced machinery, several fine custom cabinet builders and their craftsmen, an expert stained glass artisan whose work embellishes homes, churches and historic buildings, a restorer of Vespa motorbikes whose facility is the only one of its kind east of Pennsylvania, and a 20,000 SF shop where vintage Mustangs are serviced and restored. There are painters, carpenters, builders, and experts repairing racing boats, and several professional recording studios for musicians.

MacLeod Ale, a craft brewer of UK style ales, opened in 2014 and has become a highly successful and respected beer maker. They are located on Calvert St. adjacent to the Option A area.

Kesterville is a place of creativity, productivity, sustainability and viability. Organically, without government coercion or corporate ownership, it is an incubator of ideas and products. It has been alive for decades, growing more prosperous and doing well in the heart of the oldest part of the San Fernando Valley.

If Kesterville is destroyed, it will recall the most heartless obliterations in Los Angeles history: the razing of Chavez Ravine for Dodger Stadium, the flattening of historic Bunker Hill for corporate behemoths, and the bulldozing of West Adams for the Santa Monica Freeway.

Van Nuys has already suffered social, economic and environmental neglect. Why compound the injury by robbing it of yet another burgeoning and blossoming area that could become a new district of small businesses, restaurants, cafes, and even urban, in-fill small housing?

We urge you to respond to this civic emergency by opposing “Option A” and the demolition and eviction of sound businesses that support many thousands of families struggling to survive in a brutal time of economic insecurity.

We are in favor of light rail, and public transportation in general, but ask that it be constructed with greater sensitivity to the community so that it is compatible within the urban landscape and causes the least amount of damage to communities within our city.

The Business District of “Option A”