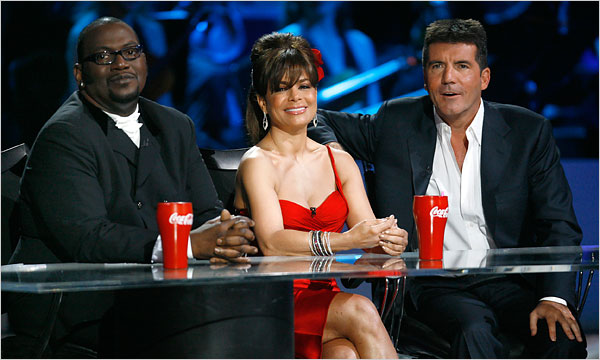 The New  York Times reports that Paula Abdul has announced that she will not be returning to “American Idol”  for its fifth season.

Ms. Abdul was one of the reasons I liked the show.  She was a voice of sensitivity and emotion in a canned and often cruel show.  Her so-called craziness was seemingly enacted out of pain and never malice. Like most great artists, she traverses a path between emotion and reason, and most often intuition.

I will not denigrate the other judges to boost her up. But she never called anyone “dog” or came on-camera dressed in just a white t-shirt, as Simon often does. She dresses up and behaves as if she put her whole heart into giving every contestant a fair hearing and fair piece of her heart.

I venture to guess that this is the “jump the shark” moment when Idol will turn off a lot of viewers. The last outrage, the rejection of Adam Lambert as the winner, even though he clearly was enormously more talented than the dimpled cheeked winner Kris Allen, made me doubt the veracity of the contest.  The resignation of Ms. Abdul is akin to the 1970 departure of actor Dick York “Darrin Stephens” from “Bewitched”. The heart and soul of a program, the unmeasurable chemistry of an ensemble cast, has now been ripped apart.