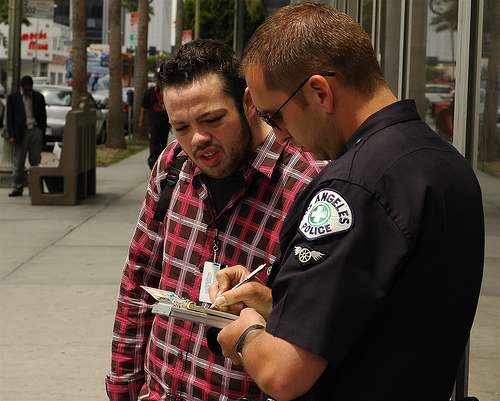 “The mayor and the City Council, weary from the daily beating they’ve been taking in the press and public, found the perfect distraction in Arizona’s highly questionable attempt to take federal immigration law into its own hands.

Not only did they condemn the crackdown on illegal immigrants but they reached for rhetorical flourishes in calling for a total boycott of Arizona, comparing what’s going on to slavery, the Holocaust, Manzanar and other terrible crimes against humanity.

A hyperbolic writer like myself was envious. They even boasted their boycott ended apartheid in South Africa — if only balancing the budget could be achieved so easily.

You can be sure, though, that they will all be present for the Lakers-Suns playoff games and in luxury boxes when the Dodgers host the Diamondbacks. Nobody is talking about shutting off the flow of power from Arizona either.

It’s so easy to take a stand against injustice elsewhere but you don’t see anyone at City Hall calling for a truce on the war against the middle class right here in LA.”