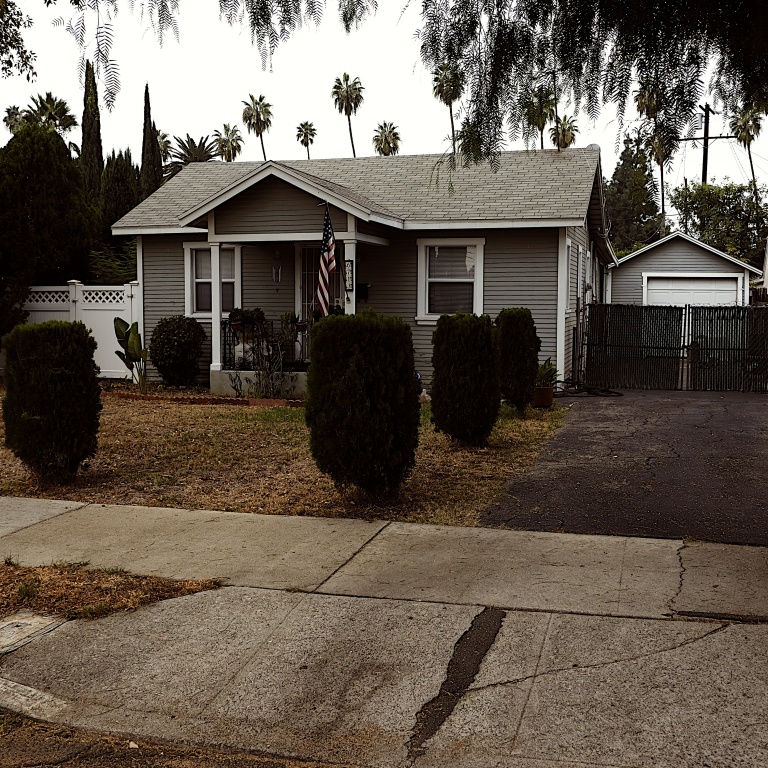 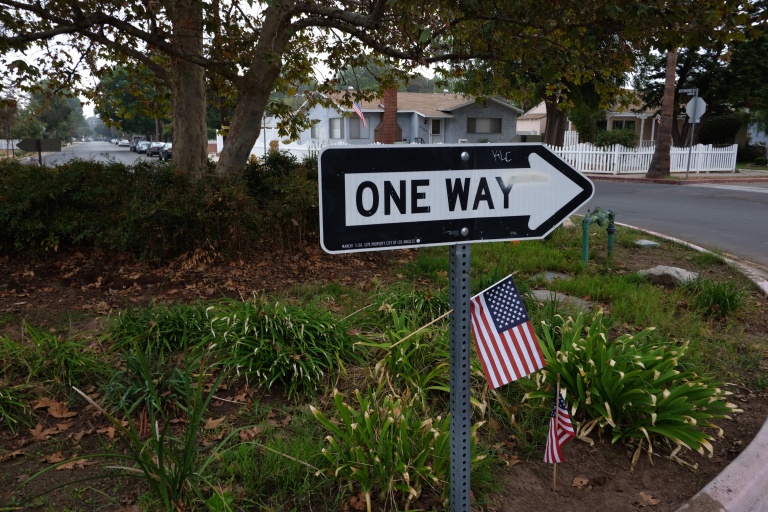 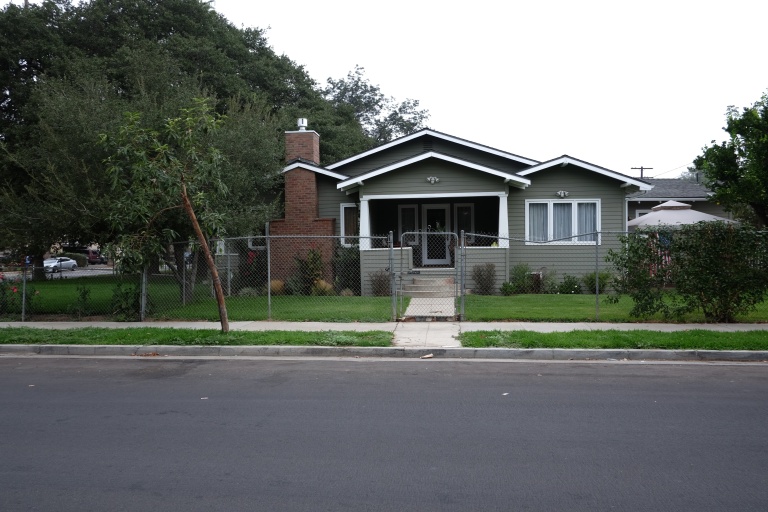 Is Van Nuys, as some believe, a hopelessly hellish place beyond redemption?

Hidden just east of Van Nuys Boulevard, south of Vanowen, is a secret garden neighborhood of historic houses, quaint architecture and lovely homes. Katherine Avenue is the heart of it, and it has a landscaped traffic circle, a construct of such ingeniousness and calmness that it is a wonder that it is not used everywhere.  Shadier, slower moving, safer, the neighborhood could almost pass for Pasadena.

Along Katherine, and down Kittridge, there are many old houses, some dating back to the early 20th Century, with large gardens and an eclectic bunch of styles: Mission, Spanish, Wooden. Many fly the American Flag on a front porch, a marker of civility, pride and patriotism signaling that our best hope for America begins at home.

Writer and comedian Sandra Tsing-Loh lived here for a few years and wrote a satirical novel about her experience: “A Year in Van Nuys”.  Unfortunately, her humor was less remembered than her brutal depiction of the suffering of having to live in Van Nuys.

Walking this neighborhood I found a Mid-20th Century apartment building on the corner of Katherine and Vanowen which had been stylishly and subtly updated with a good-looking wood and iron security gate. Roofline edging was added, smartly and economically emphasizing dark horizontal strips of wood.  The whole place was neat and well-maintained with an aura of Japan. 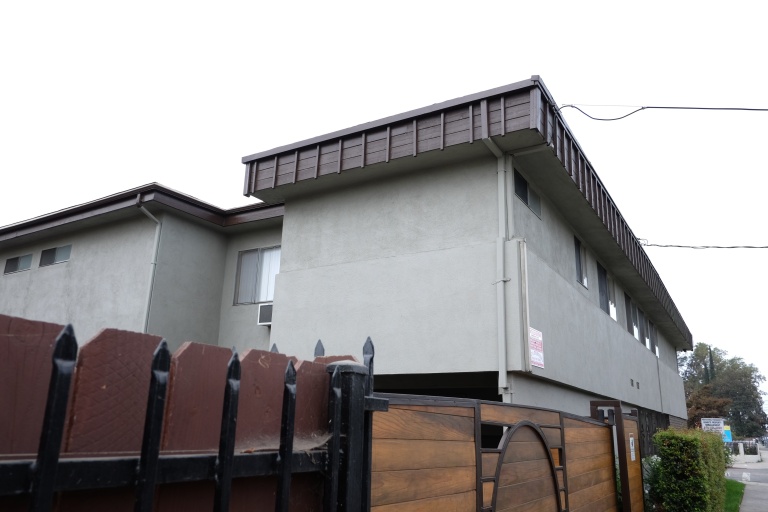 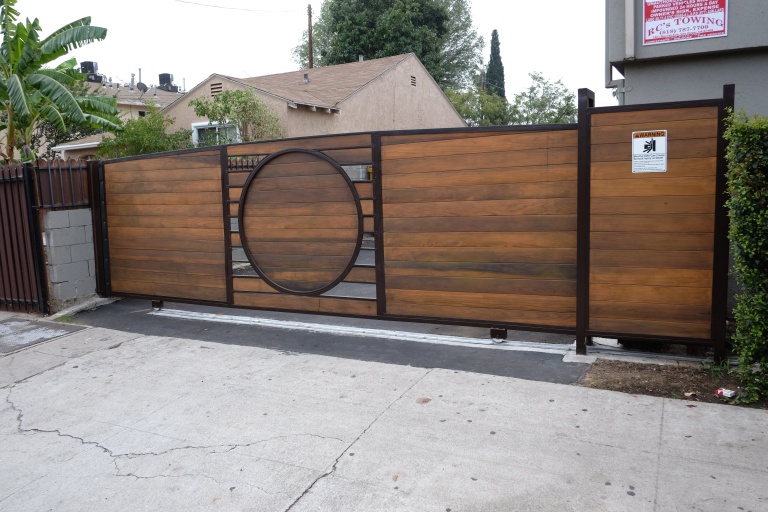 There are also ugly new projects (14310 Vanowen) that some call improvements, including a gross trend, seen around these parts, of painting plain buildings in burgundy and gold, pasting thin stone veneers on walls and the lower parts of structures, and dropping decorative lanterns into the mix. Security lights are on all night illuminating a deluxe prison. I wrote about this trend last year at another desecration: Kester Palace.

Again, what is missing in Ms. Nury Martinez’s Sixth District are big investment and big plans. There is gridlock in Van Nuys because the people who live here are not making enough noise. They are not demanding that their community go in a better direction. The passivity of the area is understandable as many who live here are just surviving and trying to get by. But what about the larger city of Los Angeles and the re-development of the San Fernando Valley? Must it be done so poorly and so haphazardly? How many more years will Van Nuys sit with its empty stores, empty parking lots, filthy sidewalks, and battered down signs?

Mayor Garcetti and Councilwoman Nury Martinez will no doubt be attending LA River clean-ups and “pride” events but will they be building the buildings and businesses in an architectural and civic plan worthy of a “great”city? Will the city which counts among its citizens the wealthiest celebrities in the world say it has no money?

If you walk, as I did, along the better parts of Van Nuys, you will learn that there are people and places worth saving. The powers that be must recognize it.