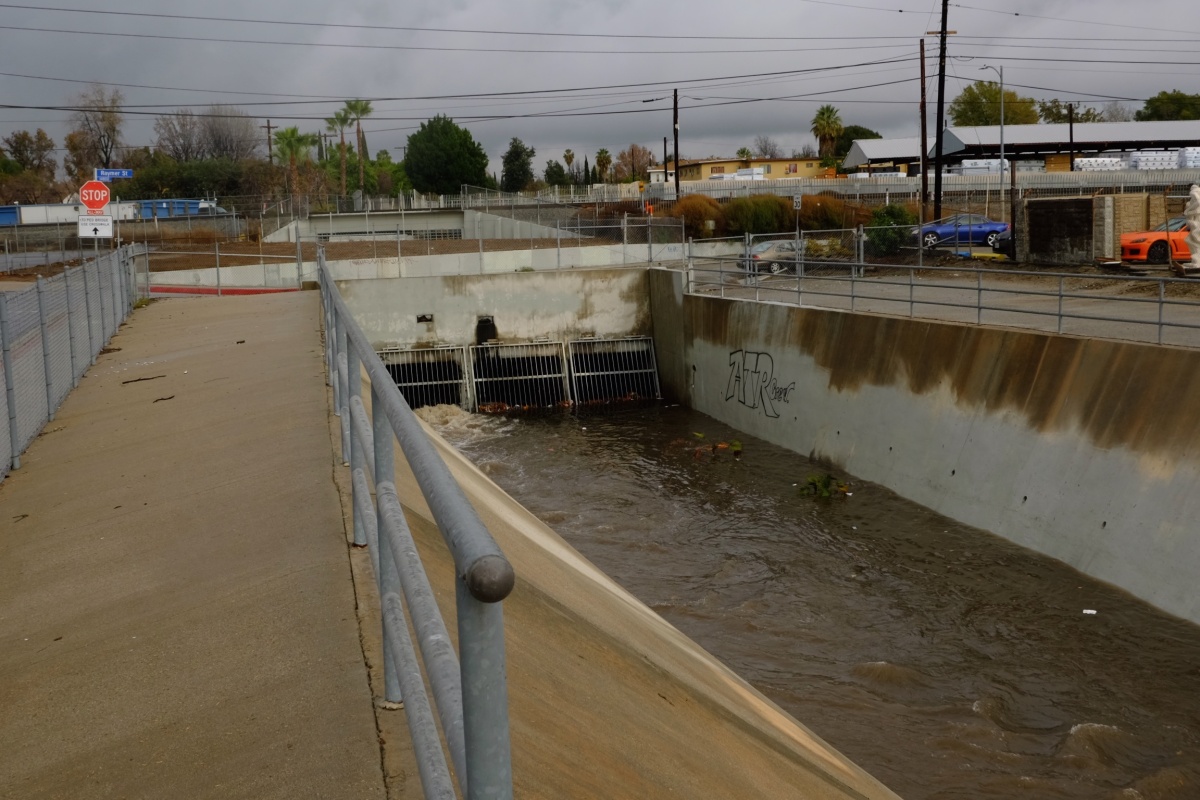 There are no sudden storms in the Southland.

They are slow, and anticipated for many days before arrival.

The rains of Los Angeles are not the violent and fast moving ones from my youth in Illinois.

They come from San Francisco, imported and exotic, served only in winter.

They travel, as if on a slow moving freight train, chugging down across the mountains, picking up wind and moving clouds with great effort, until, by eminent domain, they seize this region in rains, pushing out that squatter the sun, drenching the city in something purifying and disorienting, dark and light; a benevolent symphony of Earth’s workings, cleansing and renewing.

The rains of Los Angeles are a strange corrective of nature. They are more powerful and more intimidating than the human cesspool city of sudden violence and crashing cars. The Army of the Clouds is a conqueror who must be obeyed. Under occupation, rivers are rerouted, trees blown over, electrical current shut off, oceans churned, roads made impassible.

But they are kind in power, artful in practice.

They transform the ugliness of asphalt into reflecting pools.

They tame cars, dragging them through curbside baths.

They throw dark daytime shadows across the city.

And after they pass, one looks east, towards Pasadena and the nation beyond it.

And we stand, once again in the sun, in the Southland, in our winter.

Left to our own devices. 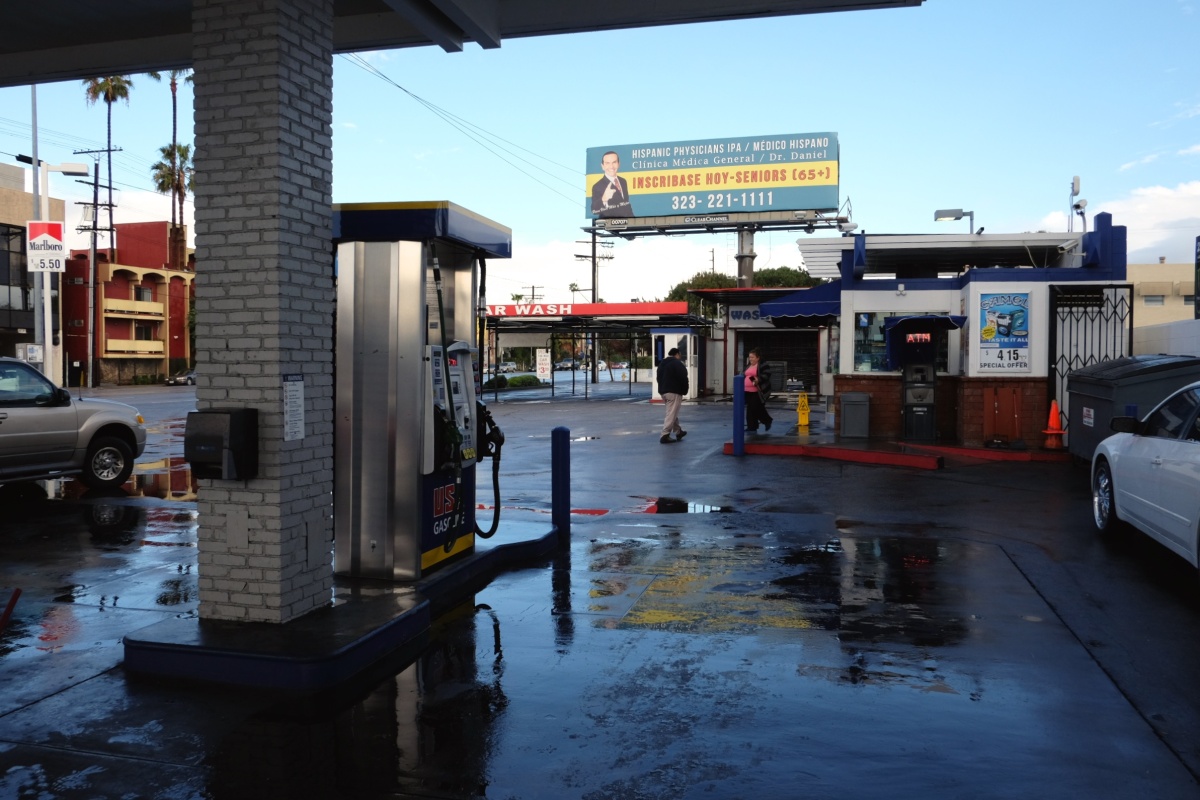 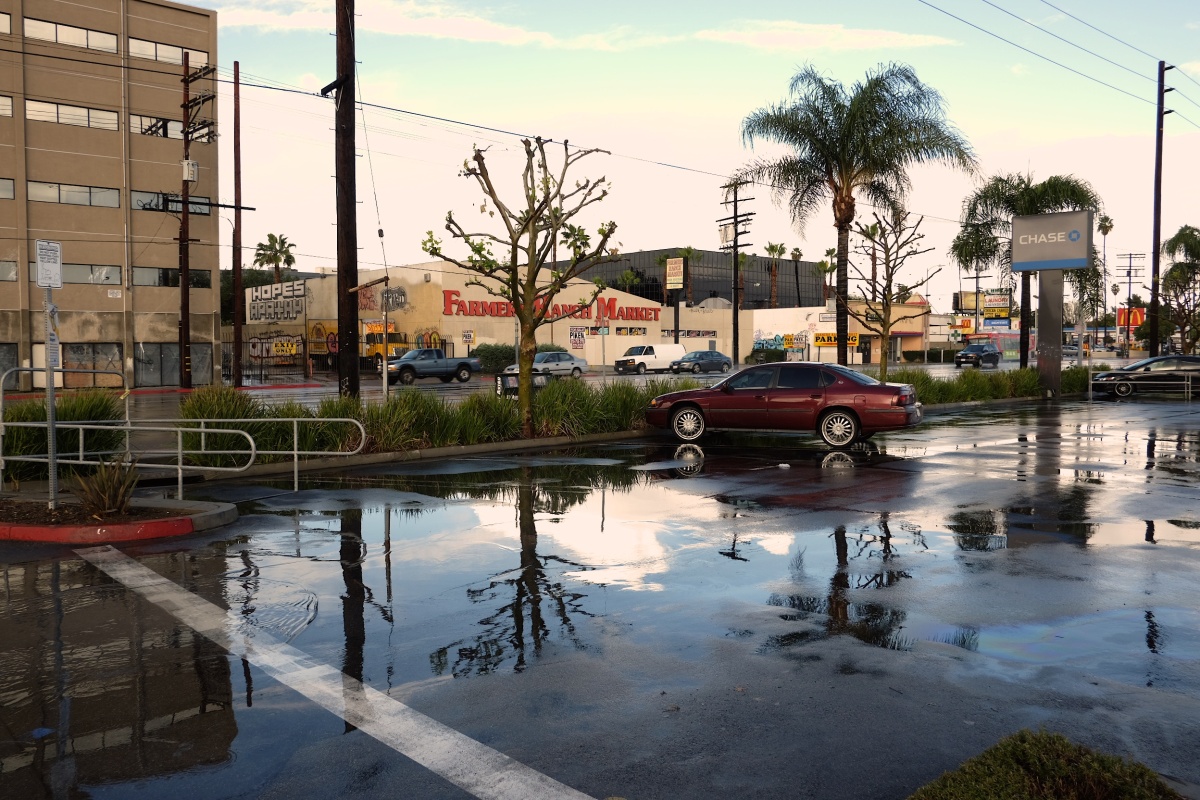 One thought on “There are no sudden storms in the Southland.”