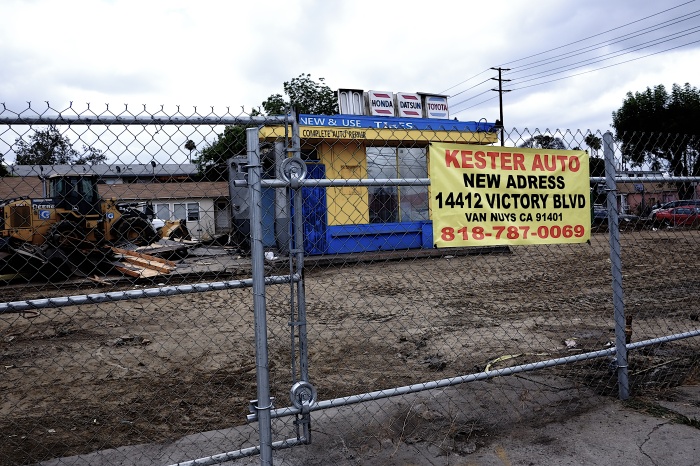 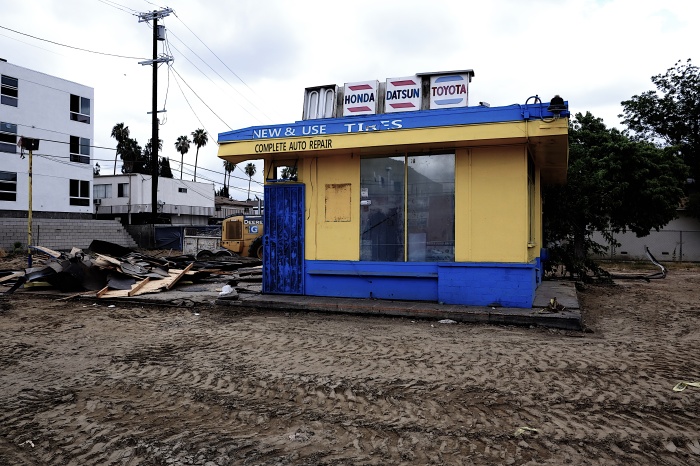 Up until a few days ago, a blue and yellow auto repair building with Honda, Datsun and Toyota signage stood at Kester and Delano, a retro oddity imprisoned behind high, steel- spiked fencing.

Now the fence is down, and a bulldozer is making fast work tearing up the asphalt and the evidence of the existence of the former business.

What will go here? It seems likely that it will be another modern apartment, like the one just to the north of this lot. That makes sense, as this area is predominately residential, and the auto repair was the only one of its type north of Delano.

What is sadder is the probable fate of the mid-century building. It might, in a more imaginative use, be saved, and surrounded by gardens, trees and chairs, transformed into a cafe. It could, in this area, provide badly needed nature and respite from the violent cacophony of grit, crime, and poisonous fumes that surround it.

And if an apartment is built, let us hope it imitates the modernity, restraint and white crispness of the new units next to it. We have had enough of the multi-colored, brown and rust, red and orange, loopy, asymmetrical, glib, cartoonish and “fun” styles that have disfigured much of modern Los Angeles housing.

Even Kester, once on the critical list, seems to be turning a corner. 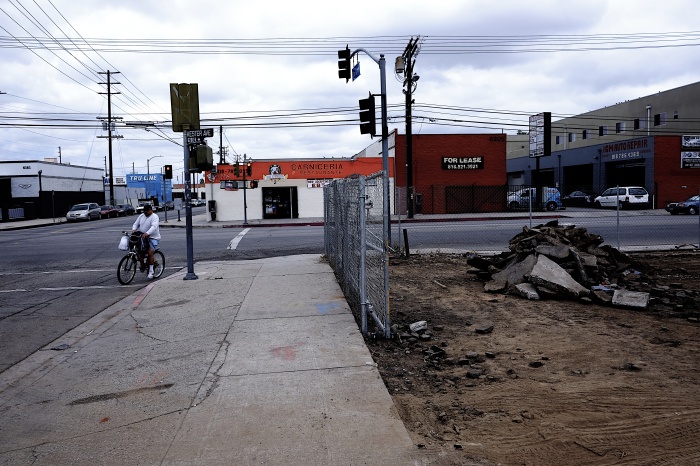 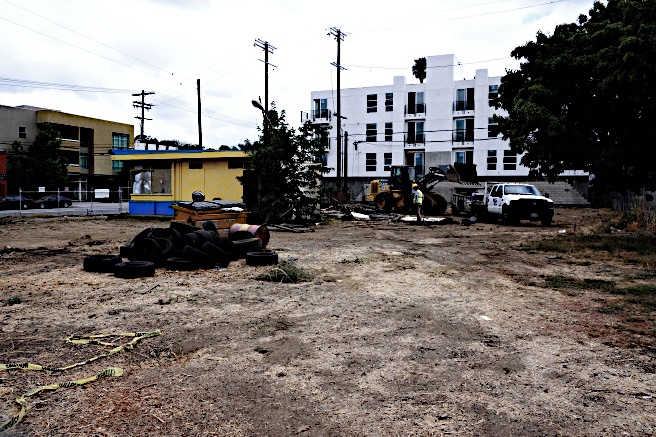 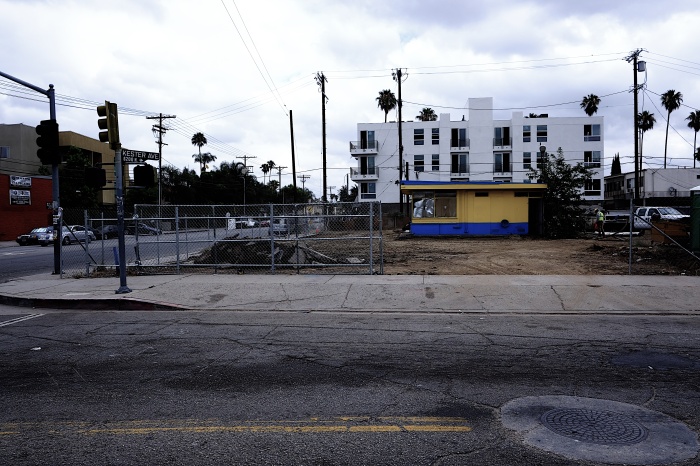