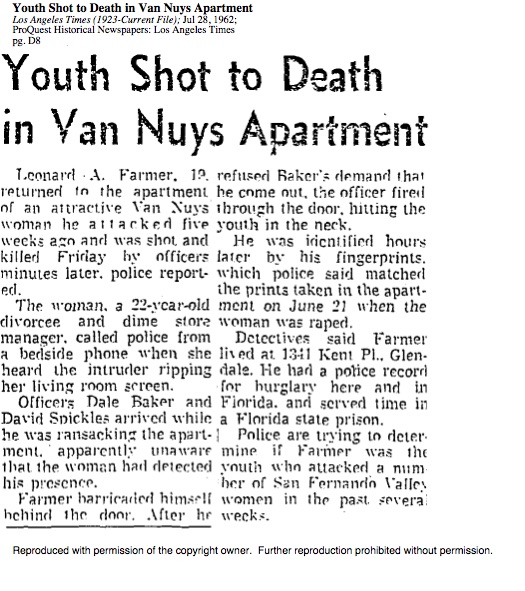 Clearly, there was crime and murder in Van Nuys in 1962.

In great staccato shorthand a woman is described as “a 22-year-old divorcee and dime store manager” (doesn’t that say it all). Divorced and managing a dime store. Things could be worse at 22.

Miss Colleen K. Mitzel was alone, in her apartment, and called police from a bedside phone when she heard an intruder, later identified as Leonard A. Farmer of Glendale, aged 19, ripping her living room screen. 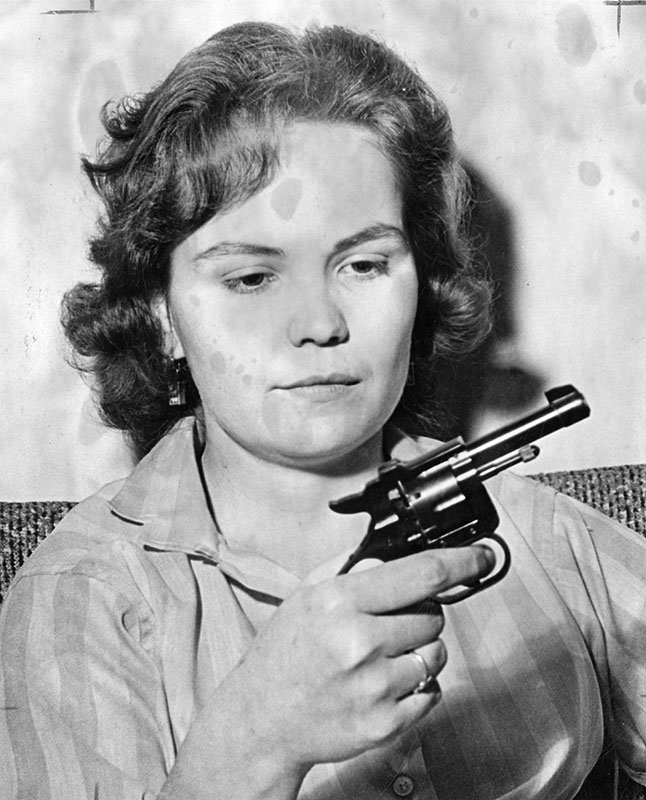 She kept her revolver but did not use it, waiting for the police to come.

When cops arrived, the suspect was ransacking the apartment and then barricaded himself in a bathroom. After he refused to come out and surrender, Officer Dale Baker and his David Spickles fired through the door and killed him.

The intruder died in a stranger’s bathroom in Van Nuys. An ignomious way to depart this world.

He had a police record and had served time in a Florida prison. 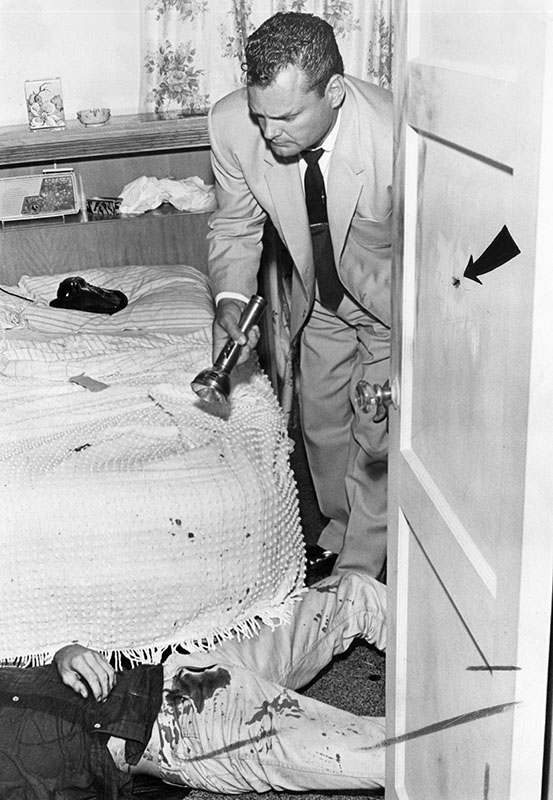