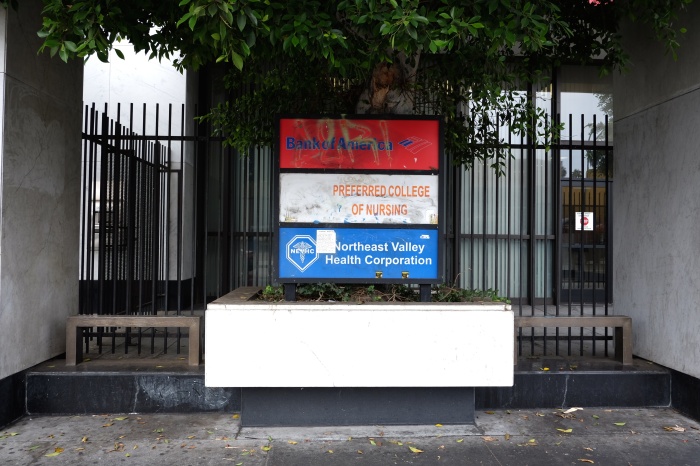 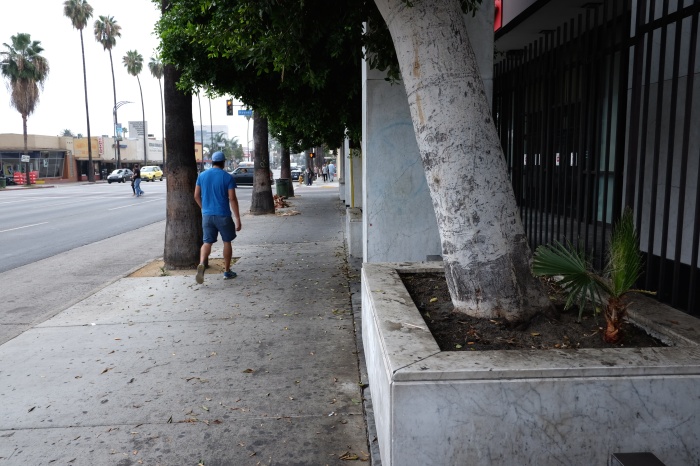 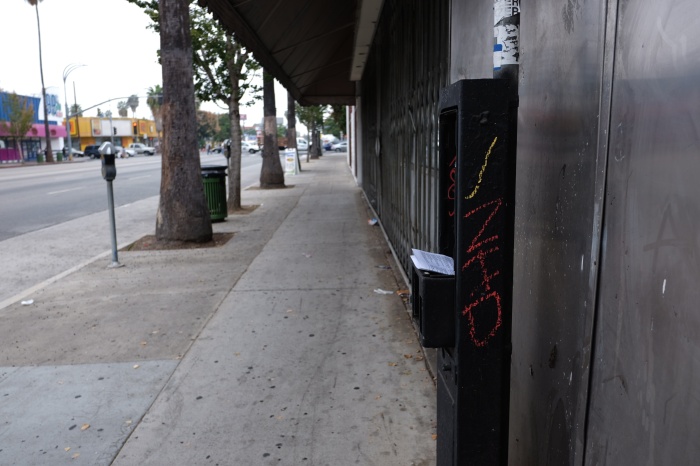 According to City Data, the area of Van Nuys bounded by Roscoe Boulevard on the North, Woodman Avenue on the East,Burbank Boulevard to the South, and the 405 on the West, an area of 7.2 square miles, contains some 100,000 people at a population density of 13,271 per square mile. The LA Times claims 110,000 lived here as of 2008.

Heart of this district is a blank-walled canyon of bleakness, Van Nuys Boulevard. It was once a thriving commercial street, full of fine looking Mid-Century Modern banks, small stores, and family run businesses where the windows were washed and the sidewalks swept daily.

In the 1950s through the 1980s it was a cruising area, taken over by young people and cool cars.

And now it is a dump.

It seems that this blog, for over 8 years, has reported ad nauseum on this wasteland of shuttered shops, littered parking lots, and vast expanses of asphalt surrounded by decay.

And yet, two blocks from Van Nuys Boulevard, there are some lovely and historic streets, well maintained houses, people and their properties who are trying to keep neatness and bourgeois respectability evident in their front yards.

The bottom line is the bottom line. There is not a plan, nor a large scale investment, nor a vision for Van Nuys Boulevard. There are piecemeal and weak proposals put forth by well-meaning people to make it “bicycle friendly” or “pedestrian friendly”. But who the hell wants to spend time in the 100-degree heat, soaking up the smell of urine in doorways, stepping over dog shit, as the smoke of illegal food vendors blows over the parked cars and idle trucks who have flunked their smog inspections?

The current environment is a hellish place, one whose continuing demoralizing existence blights the whole community of Van Nuys.