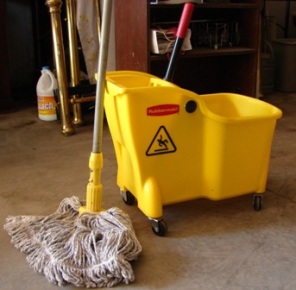 “If you’re a housekeeper, janitor or dish washer, you need to get to work every day on time,” she said. “Buses don’t move as many people and as quickly as the light rail. That’s why we’re excited about the project that would serve people who are transit dependent.”[1]

“As a mom, I can tell you it’s terrifying to sometimes think of having to get on the Red Line. I won’t for that very reason,” she said. “I don’t have to see the data collection to know that if I feel unsafe to ride the train with my kid, that I’m just simply not going to use it.”[2]

Why are these two quotes important?

What does it matter what Councilwoman Nury Martinez of LA’s City Council District #6, representing Arleta, Panorama City, Lake Balboa, and Van Nuys thinks about public transportation, light rail, who rides it and who needs it?

It matters, I think, because it shows a way of describing non-car travel as something used by people who are the lesser people of the City of Angels: maids, janitors, dishwashers and perhaps even criminals.

Can agents at William Morris, that actor who stars on that sitcom, Hancock Park attorneys, the conductor of the LA Philharmonic, and Dodger Clayton Kershaw also ride trains? I wish they all did!

Strange that a political culture that panders to PC should grossly stereotype transit riders.

The prospect that Van Nuys, long languishing, is under her jittery guidance, and limited vision, is not especially comforting.  A public official who denigrates public transportation is not doing the people’s business very well.

For in her remarks she shows a remarkably retrogressive and depressing view of public transportation as something which is sometimes terrifying, unsuitable for mothers with children, and only made for unskilled workers commuting to low paying jobs in the NE Valley.

There has been, for a long time, an idea that if you had enough money in Los Angeles you would surely travel by car. And today, we have the spectacle of 24/7 traffic produced by a culture conditioned to expect that every journey must begin and end in a car.

Even as plans for expansion of light rail go on all over Los Angeles, there is an equally strong pushback against it.

And instead of public officials offering imaginative, innovative and futuristic ideas, we have a throwback to the car culture that is unsustainable.

They are the way we ALL will get around Los Angeles when gridlock by private vehicle renders this city dysfunctional.

4 thoughts on “The Janitors’ Light Rail.”